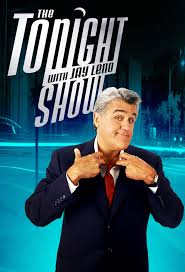 In August 1993 my friend Jason and I took a road trip from our hometown (Kelowna, BC) to Los Angeles. Unfortunately, his Volkswagen Scirocco broke down on the interstate, forcing us to get a tow into Bakersfield by a tow truck driver named “Dub”. (We sat on the side of I-5 for over two hours before a passerby with a real cell phone finally stopped to call for help. Cell phones were not easy to come by 21 years ago.) Eventually we made it to LA and found a hostel in Santa Monica.

So what does a student on a tight budget do while in LA? Go to a free taping of a tv show, of course! And for us there was only one possibility: The Tonight Show. I had grown up watching Johnny Carson on The Tonight Show, and I had faithfully made the switch when Leno took the helm in May 1992.

The day was August 25, 1993. We sat down excitedly in the audience as a producer came out to give us a pep talk and make sure we were ready to applaud faithfully on cue. And then Leno came out to shake our hands and answer questions prior to the taping. One old lady stood up, “Mr. Leno,” she said, “I attended Mr. Carson’s show many times, and he never once came out to greet the audience before the program.” Leno smiled and graciously said some kind words about Carson. That left an impression on me: Leno was always a gentleman. (For more info on the episode I attended, click here.)

Over the years I sporadically tuned in to Leno’s opening monologue, though I stayed for the interviews only rarely. But it was always comforting knowing that he was on late night (save the tumultuous period in 2009 when Conan tried to take the helm and almost steered the mothership Tonight Show straight into a rocky shoal).

But I’ve been faithfully watching this past week. And on Thursday night I took in Leno’s final episode. As I watched the end of the show (included below), I thought back to that taping more than two decades ago.

And I said to myself, “still a gentleman after all these years…”