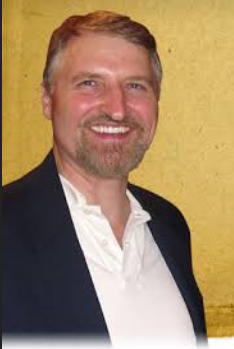 “Always be prepared,” Saint Peter said, “to give a reason for the hope that lies within.” (1 Peter 3:15) Christians refer to the pursuit and articulation of such reasons for faith as apologetics.

Given that Peter commended the pursuit of apologetics, you might think that Christians would be enthusiastic about the discipline. But for many the reception is ambivalent at best. A couple years ago I visited one of the largest seminaries in North America, a famous school with hundreds of students. While the school boasted a vast array of courses, it did not offer a single course in apologetics.

So just what is the problem? For some, it would seem, apologetics is viewed as mere salesmanship rather than serious scholarship. And in some cases the reputation is sadly deserved. But let us not define (and dismiss) a discipline by its less than stellar exemplars. At its best, apologetics embodies a serious pursuit of truth that embraces the reasons for faith while confronting the most difficult intellectual objections to it.

In this episode of The Tentative Apologist Podcast we will address the topic of apologetics with one of the leading apologists of our day. Paul Copan is Professor of Philosophy and Ethics at Palm Beach Atlantic University and author of many books including Is God a Moral Monster?: Making Sense of the Old Testament God (Baker, 2011) and When God Goes to Starbucks: A Guide to Everyday Apologetics (Baker, 2008). Our conversation ranged widely moving from the definition of apologetics to common objections to the discipline. From there we considered various problems including the salvific status of the unevangelized, the place of slavery in the Bible, relativism, and the problem of evil.  Perhaps best of all, Paul Copan even tries his hand at singing some Bob Dylan! (So now you really have to listen.)

As I noted, Saint Peter commends the pursuit of reasons in defense of faith. But he doesn’t stop there. The admonition of 1 Peter 3:15 concludes, “but do so with gentleness and with respect.” Whether or not you agree with all of Paul Copan’s reasons for faith, it cannot be denied that he remains a stellar exemplar of one who pursues his craft with gentleness and with respect. You can always visit him online at http://www.paulcopan.com/.