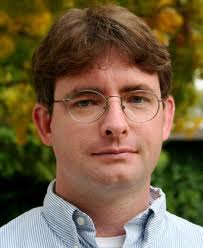 Back in the 1960s theologian Karl Rahner famously lamented the fact that Christians are “almost mere monotheists”. Rahner’s lament reflects the observation that the Trinitarian confession at the heart of Christian faith is often not evident in the life of the Church.

Sadly, I fear that Rahner’s concern still rings true today. To be sure, one can find pious reference to God as three, and perhaps even the occasional exuberant claim that God’s triunity can illumine some particular issue. Indeed, just the other day I heard a pastor suggest that the concept of perichoresis, a Trinitarian term, can inform the way people do evangelism. But even so, such suggestions tend to be underdeveloped, and are if anything the exception that proves the rule. Debates over homosexuality and gay marriage get evangelicals fired up. The triune doctrine of God? Not so much. 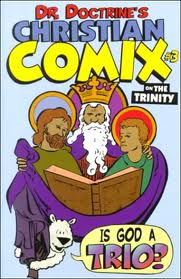 In this episode of The Tentative Apologist Podcast we turn our attention to the doctrine of the Trinity as we sit down with Professor Fred Sanders. Fred is Associate Professor at the Torrey Honors Institute of Biola University. He has published several books including Wesley on the Christian Life (Crossway, 2013) and The Image of the Immanent Trinity (Peter Lang, 2005). But perhaps most uniquely, Fred authored and illustrated a series of theology cartoons called Dr. Doctrine’s Christian Comix (InterVarsity Press, 1999). Fred blogs regularly at “The Scriptorium“. And you can also visit him online at his creatively named website: http://fredfredfred.com/

Our conversation began with a discussion of Fred’s 2010 book The Deep Things of God (Crossway). From there we ranged through several topics, including the question of subordinationism, the unique challenges of pneumatology, the relation between processions and missions, the use of analogies, the ideological appropriation of Trinitarian doctrine in service of all sorts of causes (evangelism included),  and the dangerous side of doctrinal reflection. So join us for a conversation on the deep things of God.