I have never been happy about the uneasy juxtaposition of sacred and secular at Christmas time. I discuss this matter in one of my many under-appreciated posts,  “Christmas music from sleigh rides to stone cold tombs“. So when I decided to offer a brief list of some of my favorite things (where “things” = Christmas songs) it was a forgone conclusion that I would select either secular or sacred as a theme. I’ve chosen the former for this list. So without further ado and in no particular order: 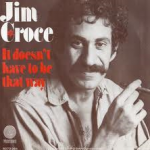 Jim Croce, “It doesn’t have to be that way”

Nobody does melancholy better than Mr. Croce. And in this case that melancholy is immortalized by Jim’s untimely death in a plane crash the year I was born, 1973. “It doesn’t have to be that way” explores the well trodden ground of pain and brokenness which many experience at “The most wonderful time of the year”. And as such, it provides a rich seasonal complement to Jim’s hit “Operator”.

Best line: “And the Christmas carols sound like blues but the choir is not to blame” 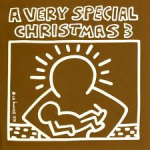 The world was shocked in 1997 when the third “A Very Special Christmas Album” (a fundraising series for the Special Olympics) included a track by The Smashing Pumpkins titled “Christmastime.” Billy Corgan’s most famous lyric may be “Despite all my rage I am still just a rat in a cage”. And here he was exploring the wonder of Christmas with no discernible sense of irony or cynicism (at least none I could detect). What gives? Frankly that strikes me as a stupid question. If bikers can get on their Harleys to ride in Toys for Tots every fall, Billy Corgan can embrace four minutes of whimsy for a good cause.

Best line: “Christmastime has come / There’ll be toys for everyone”

If somebody said to me “Think fast! What’s your favorite Christmas song?!” I’d say “I believe in Father Christmas.” Wonderfully political, released at a time when the war in Vietnam was raging and civil unrest was at a peak. Christmas as an unfulfilled promise and a call for social action and societal transformation. The beatitudes set to music.

Best line: “Hallelujah, Noel, be it Heaven or Hell / The Christmas we get, we deserve” 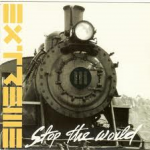 This song strikes me as unabashed sentimentalism. But back in 1992 it was the first Christmas song by a heavy metal band that I’d ever heard. (Since then everybody from Twisted Sister to punk rockers Bad Religion has jumped on the bandwagon. Trans-Siberian Orchestra even made a career out of heavy metal Christmas albums.) I’m not sure that this track really qualifies as heavy metal. But whatever. Extreme had the street cred to pull it off with outstanding musicianship and harmonies. And that ending, whoa, goosebumps.

Best line: “Born is the King of Israel” 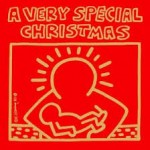 The Pretenders, “Have yourself a merry little Christmas”

The only entry of a Christmas standard on my list. But I’ve always loved the sentimentality of “Have yourself a merry little Christmas”, and nobody does it better than The Pretenders, with this dreamlike, moody rendering. Simply awesome. And it appeared on the first (and very best)  “A Very Special Christmas” album back in 1987.

Best line: “Through the years we all will be together if the fates allow” 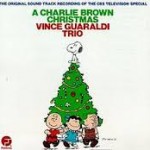 Okay, this is cheating. All my other entries are songs, but this is a full album. Still, I couldn’t possibly choose one song. From first to last, this album is magic, and is hopelessly intertwined with the 22 minute animated Christmas special that I grew up watching on TV. (I just watched it again for about the thirtieth time with my daughter. And for the thirtieth time I chuckled when Sally says she just wants money for Christmas, preferably “tens and twenties”.) I recently heard an interview with the former drummer of the Vince Guaraldi Trio, Jerry Granelli, and he recalled that they recorded the entire album in about three hours. Sheer genius.

Best line: “Yuletide by the fireside / And joyful memories there” 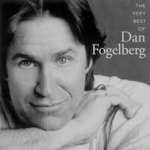 This is one of the saddest songs I’ve ever heard. It tells the story of a man who, though having achieved his dream of becoming a famous music artist, still has nobody with whom to spend Christmas eve. A happenstance encounter with an old flame at a grocery store leads to the two of them splitting a six pack in the car. (Yeeks.) And then they part ways so he can return to the darkened mansion purchased with his royalties.

Best line: “as I turned to make my way back home / The snow turned into rain”