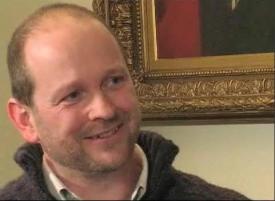 The ministry of Jesus was characterized by many miraculous signs, chief among them his victory over demonic forces. In one dramatic encounter in Mark chapter 5 we read of Jesus confronting a demon-possessed man living out among the tombs. “Then Jesus asked him, “What is your name?”  “My name is Legion,” he replied, “for we are many.” Jesus then cast out the demons and famously sent them into a herd of pigs nearby.

For centuries such tales have served as a confirmation of the identity and authority of Jesus as the Son of God. But for many people today they are more a sign of embarrassment as it is commonly assumed, even among many biblical scholars, that the demons Jesus battled were, in fact, psychological and physiological maladies like epilepsy, schizophrenia, and dissociative personality disorder. To be sure, a healing of epilepsy could still be miraculous. But are the demonic a category belonging to a bygone era? 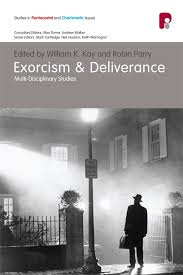 In this episode of The Tentative Apologist Podcast we sit down with theologian and biblical scholar Robin Parry to discuss the demonic. Robin is author of several books including Worshipping Trinity, and The Evangelical Universalist which he wrote under the pseudonym “Gregory MacDonald”. Robin is commissioning editor for Wipf and Stock, and in his spare time he blogs at “Theological Scribbles.”

Recently Robin co-edited an important collection of essays titled Exorcism and Deliverance: Multi-Disciplinary Perspectives. The book includes a photo still from the blockbuster modern classic “The Exorcist” on the cover, but this is no Hollywood treatment of the demonic. The book includes scholarly essays from several perspectives, and it provided a starting point for our discussion of the demonic.

So join us as we consider whether there is a place for the demonic in the modern world.

Note: In the interview I refer to a film about the exorcism of Anneliese Michel. The film is “Requiem” and I review it here.