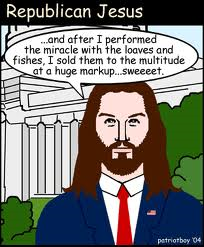 I was recently accused of evincing “typical left-wing thinking.”

No need to consider what I say anymore. It’s been labelled “left-wing.”

Let me try to convey the shock to you. Compare:

“Careful! He’s evincing signs that he’s been bitten by a zombie! He could become a frothing soldier in the army of the walking dead any minute!”

“Careful! He’s evincing signs that he’s been bitten by the socialist agenda! He could become a frothing soldier in the army of big government and bloated socialist programs any minute!”

As you can guess, this is serious business. In retrospect I suppose I should have seen it coming. I was bitten by the socialist agenda long ago.You see I was born and raised in a country that voted Tommy Douglas as their all time favorite son.

Uh, so who is Tommy Douglas?

He was an outright socialist Baptist minister who had the audacity to pioneer the establishment of medicare in the early 1960s for residents of Saskatchewan and later all of Canada. (gasp!) Yes, I use the word “socialist” without shame! Imagine that, medical care for everyone, even poor and lazy people! (shudder!)

This is deeply disturbing because obviously Jesus would have been politically right-wing. And that means conservative and status quo … just like those other status-quo neo-cons of his time: the Sadducees.

No wait, that’s not right. Jesus was diametrically opposed to the Sadducees.

But if Jesus was so opposed to the Sadducees then could it be that the left-wingers are right after all? Could it be that Jesus would have been a left-wing revolutionary like Che Guevara? In that case he would have aligned with the Jewish Sicarii, freedom fighters and assassins combating Roman oppression.

No, that’s not Jesus either.

What about those left-wing Essenes (they are left-wing, aren’t they?) out in the desert awaiting the end of the world? Clearly Jesus would align with them, wouldn’t he?

Not exactly. He seemed pretty engaged with the world around him.

Well then perhaps he would have aligned himself with the middle-of-the-road Pharisees. That must be right.

Oh yeah, that’s why Jesus spent like 70 percent of his time debating Pharisees.

Maybe Jesus was not particularly interested in labels like “left-wing” and “right-wing”. Maybe his kingdom and his interests and his church actually transcend our polarized political and social discourse.