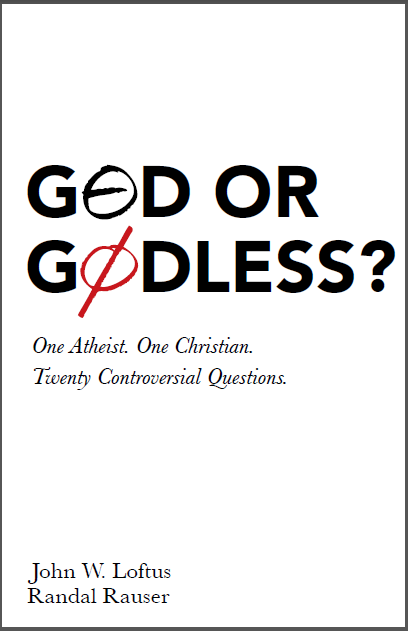 In celebration of the fact that it has been 257 days since God or Godless was published, I have decided to celebrate by releasing to the world the alternate cover that was suggested by Baker Books.

I have no regrets about our choice. Although the “Creation of Adam” detail has been done to death on book covers, I still think ours turned out well. By contrast, the other cover is like a pair of jeans: it won’t ever go out of style, but neither will it set the fashionistas buzzing. 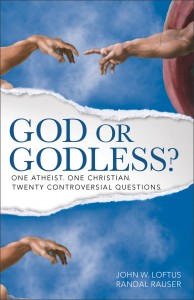