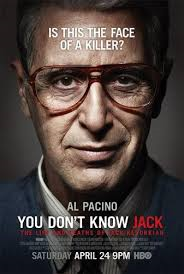 My earliest memory of Jack Kevorkian came with a feature article in Cornerstone Magazine. The year was 1990 and Dr. Kevorkian had just entered the national spotlight after assisting in the suicide of Alzheimer’s patient Janet Adkins. The magazine’s feature interview left quite the impression. And it was deeply unsettling. Here was a man who was calling for “obitoriums” in major cities where people could go to be euthanized. Here was a man who cavalierly set aside any clearly articulated ethic, and eschewed all abstract philosophical or theological principles as guidelines for ethical conduct. Kevorkian seemed to do ethics by the seat of his pants. As he boldly declared:

“It’s ethical conduct within the framework of time and space. Ethical codes should never be set in stone. They can’t be, they must change constantly. That’s why we have problems today, because most of the ethics are dictated by inflexible religious doc­trine: ‘Human life is divine, it cannot be ended.’ Who said it? I don’t feel holy. You can’t make one doctrine fit everybody. It’s between patient and doctor. That’s all it is. Nothing else counts. The code of ethics should be based only on medical knowledge. No theology, no philosophic doctrines that are abstract. Only what is really valid medically!” (Cornerstone Magazine, Vol. 19, issue 93, 1990).

It is true that circumstances change, and it is extremely difficult to anticipate every possible situation. But it was something altogether different (and more radical) to say that the very ethical codes that guide us in changing circumstances are themselves changing. The truth is that Kevorkian was not really following a post-philosophical ethic. Indeed, his endorsement of a radically contextualized patient/doctor relationship was clearly based on a situation ethics rooted in a protean principle of patient self-determination. In other words, he too was assuming a “philosophic doctrine”.

Over the next decade I heard about Kevorkian often in the news, and my impression was always the same: a brazen, secular narcissist who cared little for the established norms and ethics of civil society.

Yesterday I sat down to watch HBO’s 2010 film “You Don’t Know Jack” which tells Kevorkian’s story from the death of Janet Adkins up to his imprisonment in 1999. I had high hopes for the film: in my view HBO films are as reliably good as BMW sedans and Coldplay albums. And “You Don’t Know Jack” didn’t disappoint. Throughout the film I had to keep reminding myself that I was looking at Al Pacino playing Jack Kevorkian rather than Kevorkian himself. The other performances — including Susan Sarandon and John Goodman — were equally strong.

“You Don’t Know Jack” is definitely a sympathetic bio-pic. Predictably there is little sympathy shown to the “religious right” opposition which is reduced to a handful of angry protesters furiously thrusting placards skyward as Kevorkian shuffles past. However, it is far from hagiography. The image of an emotionally stunted and impulsive figure comes through clearly. And more than once you get the sense that Kevorkian can be his own worst enemy as when he harangues entire courtrooms. In one memorable scene he attends a gala evening celebrating Time Magazine’s 75th anniversary, and he stands alone as a pariah as others stare on in “What’s he doing here?” bemusement. A martyr for a just cause, or a social outcast on the margins? The viewer is left to decide.

Today I am more sympathetic toward the idea of euthanasia than I was twenty-three years ago. That sympathy has grown out of real life cases like those narrated in the powerful 2011 documentary “How do Die in Oregon” and Frontline’s 2010 documentary “The Suicide Tourist“.

At the same time, I am even more aware of the ethical complications. Once euthanasia becomes an option how do you avoid patients feeling pressure to choose death brought on by a financially taxed medical system and emotionally and financially taxed family members? And how do you avoid extending quality of life assessments beyond the woolly concept of “terminally ill” to those mentally depressed? And how can death intervention be reconciled to the physician’s call to do no harm? And how do you protect the line between voluntary and involuntary euthanasia? As I write this review Belgium is considering extending its voluntary euthanasia law to children who are suffering unbearable pain. The decision would require a psychologist to ensure that the child understands the consequences of his/her decision. I find the idea astonishing. Which child can truly understand the consequences of death?

Kevorkian’s response that ethical codes change constantly is hardly comforting. Indeed, it might seem like little more than grease slathered on an already slippery slope. “You Don’t Know Jack” doesn’t provide many answers. But wow, does it ever raise the questions.