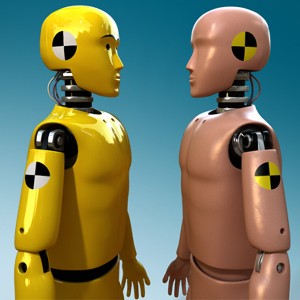 Yesterday I started reading Eleonore Stump’s magisterial 2010 book Wandering in the Darkness: Narrative and the Problem of Suffering (Oxford: Clarendon Press). It’s a BIG book, both in terms of pages (668 of ’em!) and size (6.8”×9.6”). But even more importantly, it’s big in vision as Stump brings her formidable intellect as one of the leading philosophers of religion in the world to bear on the problem of evil.

In chapter 2 Stump turns to the importance of narrative — thick narrative — in providing properly nuanced source material for philosophical argument. While Stump is an analytic philosopher par excellence, she offers incisive observations about the limited nature of the analytic tendency to eschew breadth and nuance for mind-numbing depth and precision. She makes the point with our two most familiar characters, Smith and Jones:

“When analytic philosophers need to think about human interactions, they tend not to turn to complex cases drawn from real life or from the world’s great literature; rather they make up short, thin stories of their own, involving the philosophical crash-dummies Smith and Jones.” (25)

Ahh yes, Smith and Jones. It’s disturbing to realize that as common as Smith and Jones are in the literature, we know next to nothing about them. How many kids do they have? What is their day job? What are their likes and dislikes? What gender are they? (Not surprisingly, I’ve always assumed they’re both male.)

And so analytic philosophers draw up their thin scenarios about consciousness or free will, evil or personal identity. They drop a handful of props onto the mental stage — a lawn mower, a room, a tree — and then they send Jones and/or Smith onto the stage to run through the scenario to establish the point.

Dare we set aside Smith and Jones and the thin scenarios in which we embed them to explore real world narratives? Stump does, and she starts by adopting two different names drawn from history — Jerome and Paula — as her stand-ins for Smith and Jones. But that’s only the beginning. The book promises a thick exploration of biblical narratives in dialogue with a Thomistic account of evil in pursuit of a defense that can be brought to bear on the problem of evil in contemporary philosophical discussion.

I’ll be returning from wandering in the darkness in a few weeks with my review.