I grew up in a fundamentalist-evangelical Christian subculture that understood evangelism to consist of small pieces of folded paper that you handed out to unsuspecting passerby or planted strategically in public washrooms. I speak, of course, of the hallowed tract, a short, pithy statement of Christian conviction.

The truth is, however, that people are bombarded with literally thousands of commercial images every day. In a world dominated by Coke, McDonalds, and Budweiser, how can the lowly “Jesus saves” hope to distinguish itself?

One approach is to go for the shock value, as Jack Chick does in his hell tract “Somebody Goofed”. (I blog about it here.) Chick’s cartoon booklets have long been the Rolls Royce of the tract culture and when I was a kid I was always overjoyed to find one stashed in the large tract rack in our church’s foyer.

But not all people are up for the “sex and violence” shock that often saturated Chick’s best work. Other tracts sought to make an impact with something closer to “cute and clever”. Consider, for example, this tract that my friend showed me just yesterday.  Imagine how excited you’d be if you ran into a public toilet stall and saw this sitting on the water tank: 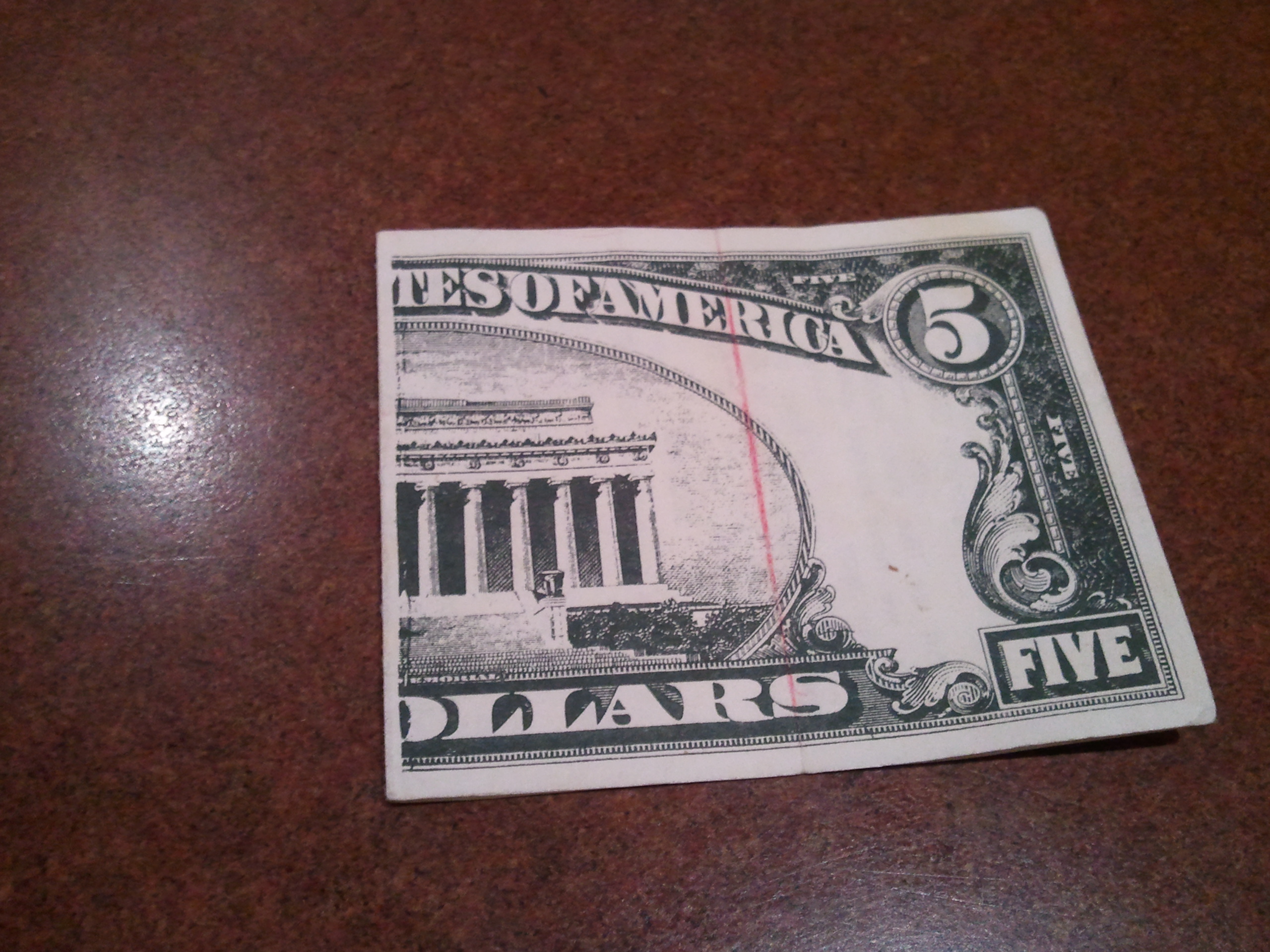 Now I know what you’re thinking. “Darn right I’d be excited to see that! But isn’t there some mistake? After all, that’s not a tract. It’s a five dollar bill!”

Hah! That’s what you think you greedy sucker. Unfold it and find a truly priceless treasure! 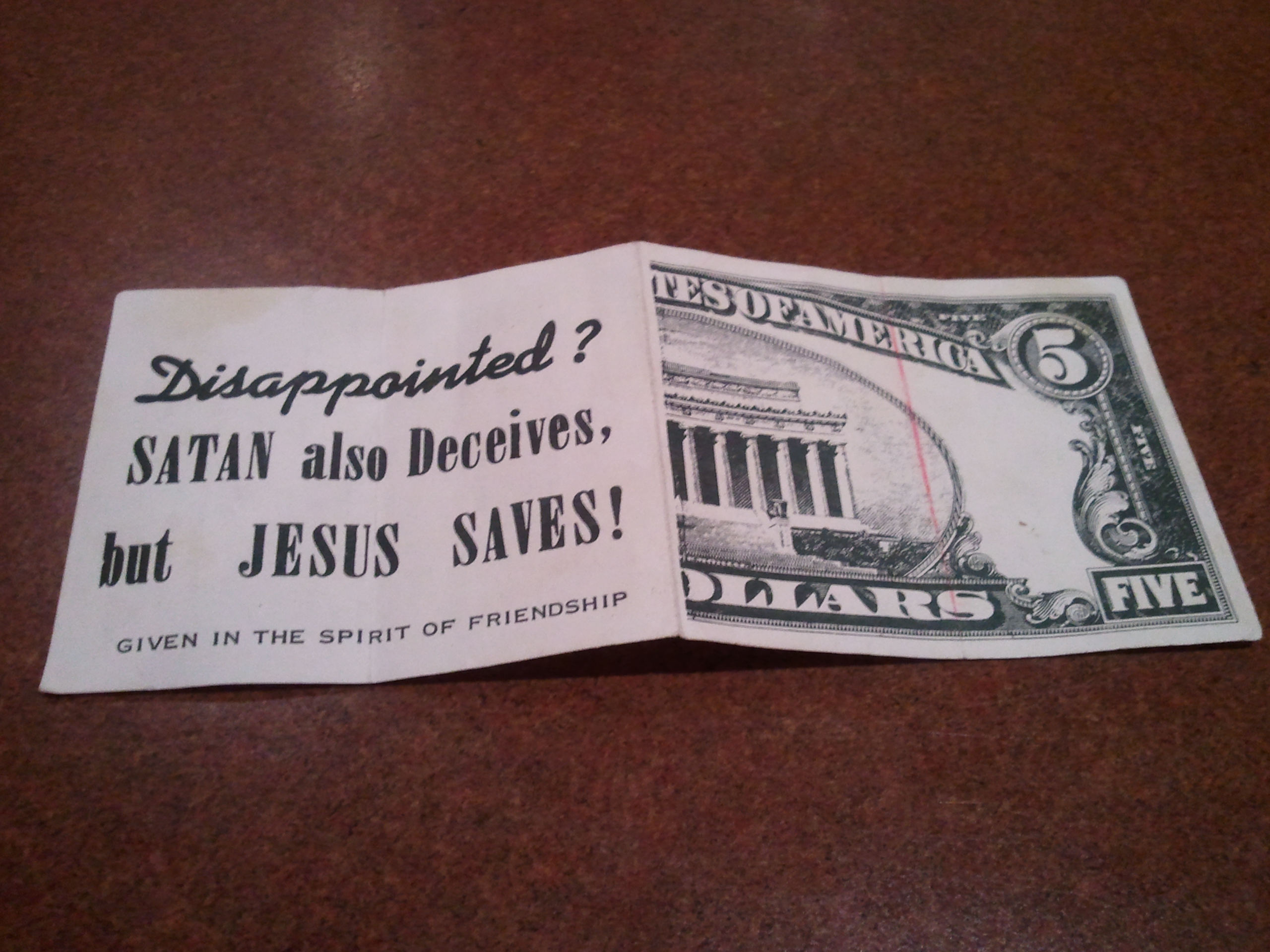 Deception. A fine introduction to the gospel, sure to make an impact in the crowded world of advertising.