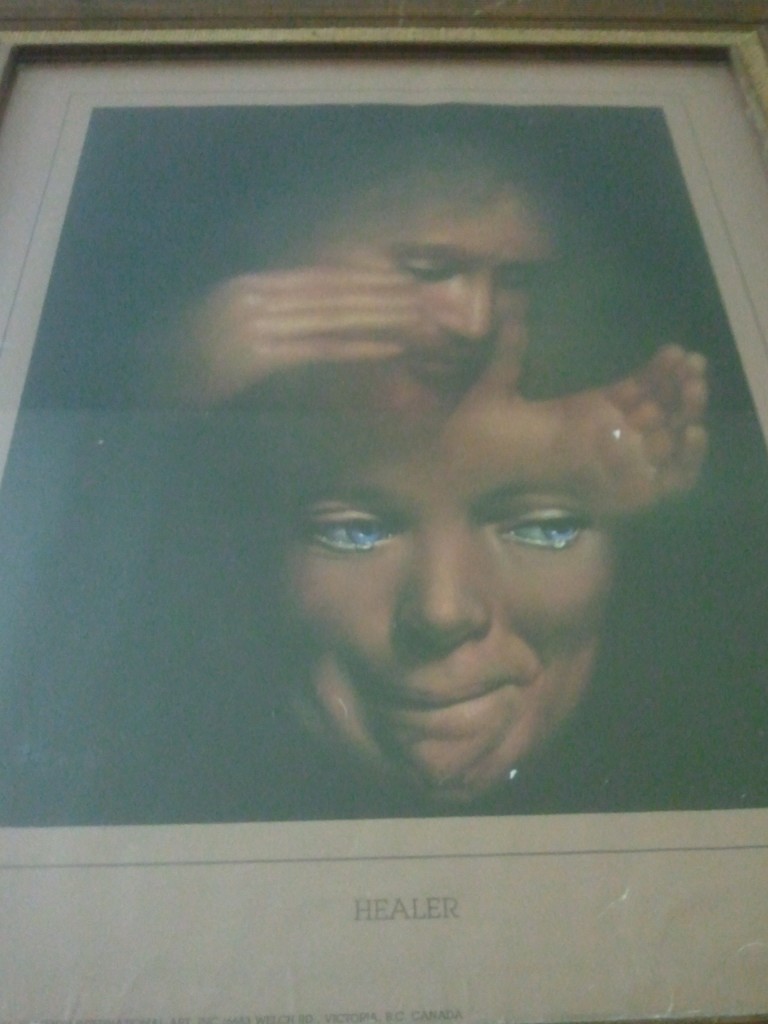 For the last two thousand years the world has produced countless images of Jesus. The images run the gamut, from the pious to the provocative, the blessed to the blasphemous. But this summer while speaking at a camp retreat, I came across an image that was presumably aiming for pious and blessed, but which came out as just plain spooky.

Look at the bottom and you’ll see the title “Healer”. But I’m not thinking “Healer” when I look at this image. Instead, other possible interpretations flood my mind.

On the one take, the bearded figure is the sinister one. He’s tormenting the boy. He has gotten into the child’s mind through cruel manipulation. (Perhaps he is a physically abusive, estranged father.)

I call that interpretation “Mind Game”.

On the second take, the boy is the villain. We don’t know what he did exactly, but we do know that somehow he brought about the death of the bearded man. Now the bearded man seeks justice from beyond the grave. A whispered “I know what you did” in a darkened hall. An inexplicable noise from the empty room … it sounds like a human clapping. The terror grows, intermingled with guilt. An attempted rationalization: “He’s dead! That can’t be the bearded man.”

But it is, and he wants revenge.

I call this version “I know what you did”.

The picture suggests other possibilities as well, each of them equally dark and foreboding, none of them pious and inviting, and certainly none suggesting the promise of healing.

So it isn’t that I don’t like the picture (though, to be honest, I don’t). But I do shudder every time I see Jesus subjected to the impiety of pious art that fails abysmally at its intended end. Jesus is a lot of things, but spooky shouldn’t be one of them.