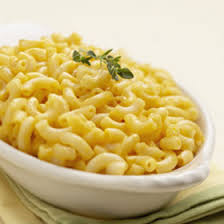 A couple weeks ago I stated my intention to offer a criticism of the final section of the “Reasonable Doubts” podcast titled “God thinks like you.” The focus is the naiveté of religious people who think God is just like them. What most bothers me about this segment is not what it does say, but rather what it doesn’t say. You see, Christians have always recognized the human penchant for self-deception. My favorite image comes at the end of Schweitzer’s Quest of the Historical Jesus where you have all these life-of-Jesus scholars staring down a deep well and seeing their own flickering image staring back at them. Clearly making God in your own image is a perennial danger, no doubt about it.

So whether you’re a Christian or a theist or completely irreligious or atheistic, you are still liable to project your understanding of ultimate reality.

In other words, “God thinks like you” sets its sites too low. I suggest renaming the segment “Reality is just like you think”. And start targeting some examples of naiveté and foolish projection from within the so-called skeptic community. But don’t expect it to happen anytime soon, for that would be a dangerous segment. It’s one thing to speak about injustice or ignorance over there. It is another thing to start flagging it in your own country, workplace or home.

But I’m not simply suggesting that “Reality is just like you think” should start including some examples from the “Skeptic” community. I say go wider still.  Six months ago I wrote an article about how human beings like being lied to. (See “Tell me sweet little lies: evidence that people like being lied to.”)Sadly, we still like being lied to.

Take that staple of dinner-on-the-go, good ole’ Mac ‘n’ cheese. I was never so foolish as to think Mac ‘n’ cheese was nutritious. But I’d always sort of assumed it was a passable meal once in a while. Then I read an article where a nutritionist pointed out that in terms of nutritional content a bowl of Mac ‘n’ cheese is equivalent to eating a bowl of Cheez-it crackers. I had never stopped to think about that comparison. Suddenly I recognized that Mac ‘n’ cheese is good for nothing more than allaying hunger pangs. And my failure to recognize this fact was in large part a matter of personal culpability since I certainly had the ability to discover this basic fact on my own. But at some level I didn’t want to.

How often do we all shoulder a degree of culpability for believing things we really shouldn’t, and for construing the world a particular way to suit our interests? These are difficult questions. What most worries me about the so-called “skeptic” community is that they think because they talk a lot about doubt and skepticism about certain sets of beliefs, and because many of them invest a lot of time in pillorying “religious” people, that they have an illusion that they are somehow more rational, more critical, more objective than other belief communities.

Needless to say I’d be really interested in seeing (or hearing!) some self-described skeptics begin to challenge some of those assumptions. Of course, they’ll say they already do. But if that’s really true then there should be no problem renaming the final segment of the Reasonable Doubts podcast “Reality is just like you think.”