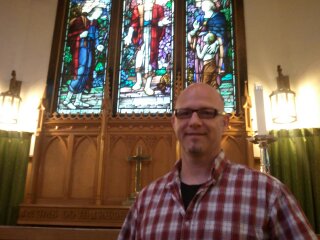 In this installment of The Tentative Apologist Podcast I have an interview with “anti-apologist” Myron Penner. Myron is an ordained Anglican priest, philosopher, and author of The End of Apologetics.  In addition, Myron has edited Christianity and the Postmodern Turn and co-authored A New Kind of Conversation.

Myron is not against apologetics per se, but he is against the form apologetics has taken in the modern period, particularly with folks like William Lane Craig and the “BIOLA School” of apologetics.

As you can imagine, Myron and I are in significant disagreement on this issue. However, he is an articulate and thoughtful voice for his position and his critique is well worth hearing. So check out the interview and consider picking up his new book!