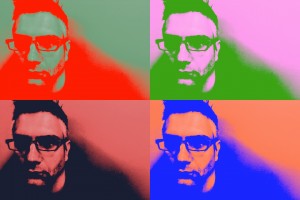 In May, 2013 I attended the Logos Conference at Notre Dame University. While there, I had an opportunity to sit down with my personal friend Oliver Crisp, Professor of Systematic Theology at Fuller Theological Seminary in Pasadena, California. I got to know Oliver fourteen years ago when we were both doing PhDs at King’s College, London. Since then he has emerged as one of the best young philosophical theologians today and has worked tirelessly to promote “analytic theology”, a reinvigoration of theological research using the tools of contemporary analytic philosophy.

Oliver is a prolific author who seems to publish papers in peer-reviewed academic journals with the same rapidity that I write mere blog posts. He has also authored (and edited) many books including three major monographs on Christology: Divinity and Humanity: The Incarnation Reconsidered (Cambridge University Press, 2007), God Incarnate: Explorations in Christology (T&T Clark, 2009) and Revisioning Christology (Ashgate, 2011). (Interestingly, Oliver is also an accomplished artist who produced the images of Jesus on the covers of each of these books.)

Our discussion focused on Christology and it ranged over various complexities, pitfalls and rabbit trails in the articulation of a coherent and orthodox doctrine of incarnation. So pull up a seat, turn up the volume, and give it a listen.