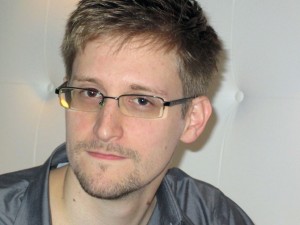 Consider Jan. She is best friends with Susie. Now Susie has started dating Troy. Susie thinks everything is fine with their relationship. What she doesn’t know is that Troy reads all her private emails and texts. Since Jan is such good friends with Susie, she concludes that Susie has a right to know that Troy monitors her social media activity. And so she sits Susie down one day, takes her by the hand and says, “Susie, I think you should know that Troy is monitoring all your contact with other people.”

Troy suddenly barges into the room. “Traitor!” he says angrily. “You’re a traitor to Susie.”

That’s what Troy thinks anyway. But is that really fair? Has Jan really betrayed Susie? It is difficult to see how. Indeed, the truth seems to be precisely the opposite. A traitor is “a person who betrays another, a cause, or any trust.” Far from betraying Susie, Jan selflessly placed their relationship at risk and put herself in a very awkward (and potentially dangerous) situation by daring to share some information that she believed Susie had a right to know.

Even if Susie should decide that she is perfectly fine with Troy monitoring her emails and texts, it doesn’t change the fact that Jan was being a true friend by sharing this important information with Susie so that she could make an informed decision.

So what about Edward Snowden? I don’t deny that his behavior can be viewed as a betrayal. But a betrayal to his country? That seems most implausible, unless we arbitrarily define his country as the NSA. Sure, he did betray his fiduciary relationship to his employers at the NSA. Just like Hugh Clowers Thompson, Jr. betrayed the chain of military command by refusing to fire on innocent civilians during the infamous My Lai massacre. But surely nobody today would suggest that Thompson betrayed his country by refusing to accept the commands of his superiors, for those commands were wrong. Nor is it plausible to think that Snowden betrayed his country.

What Snowden did parallels the actions of Jan quite closely. Just as Jan placed herself at risk by sharing important information with Susie about Troy’s behavior, so Edward Snowden placed himself at great risk to share important information about the actions of the NSA with the American people. Far from being a betrayer, that looks an awful lot like a good citizen … and a true friend.