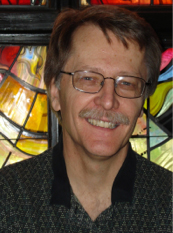 Welcome to the inaugural Tentative Apologist Podcast! Since this is the first episode I had some hiccups along the way. The production value of the audio is not what I had hoped for. But for those who don’t mind turning up the volume, the interview is well worth it (so I say anyway!).

Professor Lamoureux’s work first came to the attention of a wider public in his much lauded debate with creationist Philip E. Johnson in the book Darwinism Defeated? Since then he has published a major defense of what he calls “evolutionary creation” titled Evolutionary Creation: A Christian Approach to Evolution as well as a more popular distillation of the same material called I Love Jesus and I Accept Evolution. This fall Zondervan will be publishing Four Views on the Historical Adam with Professor Lamoureux arguing for the non-historicist view.

Finally, you can visit Professor Lamoureux online at his website. I recommend that you check it out because he has made available a treasure trove of information including excellent lectures with powerpoint for those interested in going deeper into the issues of creation and evolution.

So sit back, turn up the volume (to compensate for those dubious production values) and enjoy my wide-ranging conversation with Denis Lamoureux!