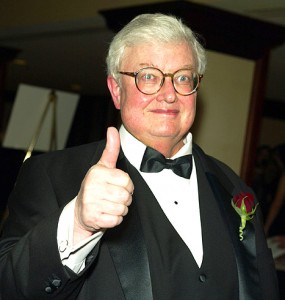 I was sitting in my parents Jeep Cherokee outside my elementary school when I heard the Challenger shuttle had exploded in January 1986. I was sitting outside the movie theatre in my car in June, 1989 when I first learned of the Tiananmen Square protests on the radio. I had just returned to my parents home after a drive in August 1997 when I first heard of Princess Diana’s death. I was at the Bible for Missions thrift store with my daughter scouting out good cheap books when I first learned in June 2009 that Michael Jackson had died.

And I was out with friends enjoying wing night when I first heard of the death of Roger Ebert, film critic extraordinaire.

“Where were you when you learned Roger Ebert died?”

That is a question that people just might be asking in twenty years. Certainly it will be a question asked by movie lovers. So it was not that surprising when the President of the United States issued a statement on the day of Ebert’s death. Now that’s cultural impact.

Ebert was a critic of film, and in that capacity he was unparalleled. More often than not I would allow Ebert’s review to determine whether or not I would see a film. The danger of a professional critic is that the object of criticism ends up like the proverbial frog dissected on the table. But reading Ebert’s reviews brought films to life. He wrote about films he loved with a childlike wonderment that reminded the reader time and again of the magic and transcendence of the cinema. And his reviews of the films he hated (many of them collected into the volumes I Hated, Hated, Hated this Movie and Your Movie Sucks) often provided critique that was simultaneously hilarious and humanitarian. Occasionally, Ebert would also critique films with a profoundly moralistic tone. He was not afraid to decry that which he saw to be evil or misanthropic. For Ebert, film should be aspirational. It should appeal to our best nature, not pander to our worst.

At the same time, Ebert was no movie snob. He cultivated a genre relative approach to film review. Thus, while “romantic comedy” or “buddy movie” might not be in themselves profound subgenres, Ebert could still give a film four stars with respect to its ability to exemplify the very best of that subgenre.

What most impressed me about Ebert was his profound philosophical and theological musings coupled with an independence of spirit. This was probably best illustrated in his four star review of “The Passion of the Christ”, at a time when many of his fellow critics were eviscerating the film as theologically fanatical, anti-Semitic and despicably violent. Not persuaded by the “Jesus chainsaw massacre” rhetoric, Ebert looked beyond and saw a film of technical brilliance. But even more, he saw a film which he candidly admitted helped him understand, for the first time in his life, the event of Christ’s atoning crucifixion.

Roger Ebert was one of those rare personalities who could create a sense of intimacy with his readers, so much so that we could dare to call him a friend.

So farewell my friend.