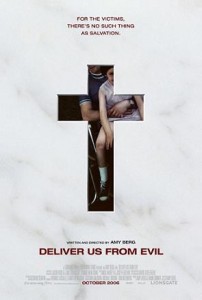 The 2006 documentary “Deliver Us from Evil” tells the horrifying story of convicted pedophile (and, in my non-professional assessment, clinical psychopath)  Oliver O’Grady. Father O’Grady was a priest in the Roman Catholic Church who was shuttled around various dioceses in California for decades, groping and raping children along the way. His victims are in the dozens, their lives shattered. And O’Grady, like a classic psychopath, shows absolutely no remorse and no real ability to grasp the horror of his actions. One of the most chilling scenes in the film comes when O’Grady opines to the camera that he’d like to get together with his victims at some point in the future for a therapeutic social event. A potluck with the pedophile perhaps?

There is no doubt that O’Grady is a monster. But I would submit that an equally reprehensible villain in the story is Roger Mahony. During many of the years that O’Grady was raping children, Mahony was Archbishop of Los Angeles and he oversaw the process that saw O’Grady passed quietly from one parish to another, an absolutely unconscionable act that led to countless more children being raped.

“Deliver Us from Evil” is a powerful film. It was nominated for the Academy Award for best documentary and remains in the top ten most highly acclaimed films ever reviewed on Rotten Tomatoes (a website that collates and averages the reviews of various film critics). I suggest strongly that you watch it. And as you look on in disbelief at the way Mahony and many others showed more concern for the face of the church than O’Grady’s countless victims consider this: even now Mahony is a cardinal who is preparing to travel to Rome and help select the next pope.

The Catholic Church has long provided an ideal hiding place for psychopaths and other abusers who have rightly recognized in the priesthood an ideal position to abuse victims. The abuse has been perpetuated with an institution more concerned to protect its own powerful hierarchy than its youngest, most vulnerable members. But all the regret the Church has publicly expressed for this horrifying abuse is shown to be a sham as long as a defender of pedophiles and psychopaths helps elect the next pope. What an insult.