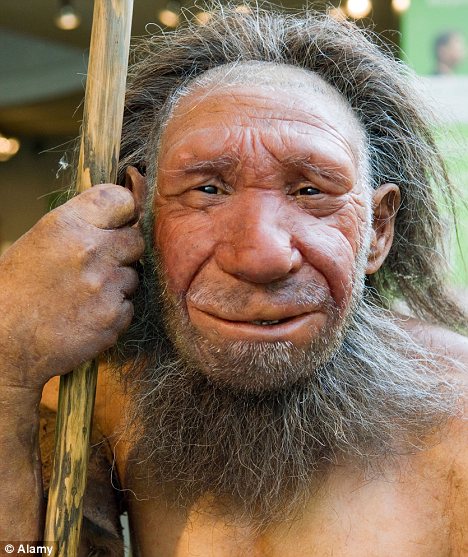 In “Would it be wrong to resurrect the Neanderthals?” I considered anthropologist Chris Stringer’s claim that it would be wrong to clone a Neanderthal based on the Neanderthal genome. I was intrigued both by the strong moral stand that Stringer took as well as the broader questions about humanness and speciesism that it broached. This prompted me to send a query directly to Dr. Stringer to seek further clarity on his position. Dr. Stringer graciously provided a couple replies and I’ve included the summary of our brief exchange below:

RR: “I was intrigued by your assertion on p. 199 that it would be “quite wrong” to resurrect Neanderthals. You didn’t really explain why so I was hoping for a bit of clarification as to your reasoning.”

CS: “Hi Randal, briefly if I may. In addition to the considerations I already mentioned, I assume the default would be that this individual would be born human, and therefore should be granted full human rights. Thus no-one should have the right to investigate the child and its upbringing anymore than you or I should be treated as human guinea-pigs from birth. Do you agree with that fundamental point, or would you put the Neanderthal or Denisovan baby in a zoo?”

RR: “I have two points by way of response. First, why do you think membership in the genus Homo should be sufficient for the granting of full rights pertaining to membership in the species Homo sapiens? Second, I think two very different issues are being conflated, i.e. whether it would be wong to bring a Neanderthal baby into existence (the question I was asking) and how a Neanderthal ought to be treated once brought into existence. I agree that Neanderthals shouldn’t be put in zoos (though I do remember when the London Zoo put a few Homo sapiens in an enclosure!). But that still leaves open the question of whether one ought to be brought into existence should that be possible.”

CS: “I am against the idea on several levels and I took part in a discussion at UCL a couple of months ago on this very question. A lawyer also took part and made the point – valid I think – that if the cloning took place using implantation in a human surrogate mother, the baby would (at least in the ‘civilised’ world) have to be regarded as fully human, being born of a woman….”

While Stringer’s second response raised many more questions, I decided to leave “The Stringer exchange” there. However, I was just getting warmed up to the topic.

As I said, there are two things that fascinate me about this discussion. To begin with, there is the moral absolutism of the position that it would always be wrong to clone a Neanderthal. This absolutism begs for clarification as it seems to stand in significant tension with the gradualism of Neo-Darwinian evolution. What I mean is that it is considered absolutely wrong to clone a member of the genus Homo but presumably not absolutely wrong to clone the nearest ancestor to the genus Homo (e.g. Australopithecus). But what is so special about the genus Homo (or perhaps a subset of species within that genus like Homo sapiens and Neanderthal) that make those species inviolable while other species (like Australopithecus) which are separated from us by a series of finite steps are in a completely different moral category (i.e. a non-absolutist one)?

We can illustrate the tension by adapting a passage from Richard Dawkins’ book The Greatest Show on Earth. The original passage (which I quote here) talks about rabbits, but I’ve adapted it to a thought experiment that moves from humans to Australopithecus and back to chimpanzees. Consider:

Take a Homo sapiens, any Homo sapiens (arbitrarily stick to females, for convenience: it makes no difference to the argument). Place her mother next to her. Now place the grandmother next to the mother and so on back in time, back, back, back through the megayears, a seemingly endless line of female Homo sapiens, each one sandwiched between her daughter and her mother. We walk along the line of Homo sapiens, backwards in time, examining them carefully like an inspecting general. As we pace the line, we’ll eventually notice that the ancient Homo sapiens we are passing are just a little bit different from the modern Homo sapiens we are used to. But the rate of change will be so slow that we shan’t notice the trend from generation to generation, just as we can’t see the motion of the hour hand on our watches–and just as we can’t see a child growing, we can only see later that she has become a teenager, and later still an adult. An additional reason why we don’t notice the change in Homo sapiens from one generation to another is that, in any one century, the variation within the current population will normally be greater than the variation between mothers and daughters. So if we try to discern the movement of the ‘hour hand’ by comparing mothers with daughters, or indeed grandmothers with granddaughters, such slight differences we we may see will be swamped by the differences among the Homo sapiens’ friends and relations.

Nevertheless, steadily and imperceptibly, as we retreat through time, we shall reach ancestors that look less and less like a Homo sapiens and more and more like a Homo erectus (and not very like either). And eventually, after a long time we will realize we are in a different territory altogether with Australopithecus. One of these creatures I’ll call the hairpin bend, for reasons that will become apparent. This animal is the most recent common ancestor (in the female line, but that is not important) that the species Homo sapiens (and genus Homo) share with chimpanzees. We don’t know exactly what it looked like, but it follows from the evolutionary view that it definitely had to exist. Like all animals, it was a member of the same species as its daughters and its mother. We now continue our walk, except that we have turned the bend in the hairpin and are walking forwards in time, aiming towards the chimpanzees (among the hairpin’s many and diverse descendants, for we shall continually meet forks in the line, where we consistently choose the fork that will eventually lead to chimpanzees). Each creature along our forward walk is now followed by her daughter. Slowly, by imperceptible degrees, the creatures will change, through intermediates that might not resemble any modern great ape much but strongly resemble each other, until eventually, without ever noticing an abrupt change of any kind, we arrive at a chimpanzee. 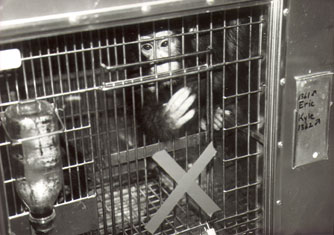 And here we are then at the chimpanzee, a creature that we treat with a very different ethical rubric than a Homo sapiens (or a Neanderthal, or perhaps any member of the genus Homo). For example, the chimpanzee can be placed in a cage and subjected to medical experiments. But how can this be that the chimp is granted a qualitatively different treatment when it is linked to human beings through a series of finite steps?

Just to be clear, I am certainly not making the absurd claim that chimps (or Australopithecus) are not categorically different from Homo sapiens. Clearly they are. And it is thus wholly defensible to adopt a different set of rules for moral engagement with a chimp than a human being. To put it bluntly, our obligation to seek the flourishing of Homo sapiens can trump the flourishing of chimps without us falling victim to the charge of speciesism.

At the same time, we are still left with a puzzle. What do we do with Neanderthals? Denisovans? Homo floresiensis? Homo erectus? Can language that ontologizes an entire genus (or a subset of species within that genus) be defended? Certainly it can, but it will depend on a particular metaphysic. So now the next question: do we have the metaphysic necessary to defend the ethical judgment?