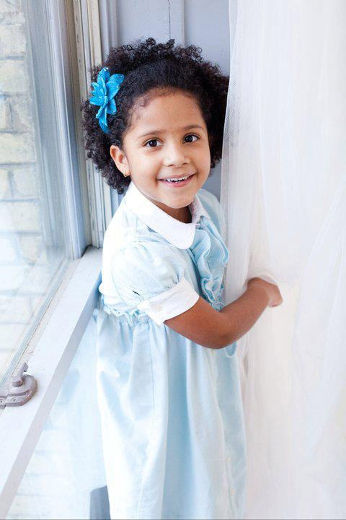 It has been said that we’re all separated by a maximum of six degrees of introduction from every other person on this globe.

In the case of the Newtown tragedy, I’m separated by but two steps. My mother knows Rob Charach, the principal of Linden Christian School in Winnipeg, MB. And Linden is the school that was attended by six year old Ana Marquez-Green (pictured to the right) and her brother until her family moved to Newtown a few months ago. Ana was among those precious twenty children killed by Adam Lanza in Newtown, Connecticut.

On Christmas Day Ana’s mother posted some comments on her Facebook. At the end of her comments she turned to address her beloved child:

“Sweet Ana, I know our healing as a family will come only from our heavenly Father. I know this is your best Christmas yet — at home with our Lord and Saviour. As your mom I just wish we could have had a few more to celebrate here on earth. You died so needlessly.

“For Christmas I bought you a Kindle Fire HD the night before you died. My Christmas promise to you now is to continue to love the Lord with all my heart, mind and strength and to do whatever I can to make sure more kids can be safe … and to send out the message that “love wins”. I still sleep with your special blanket, most nights in your bed.” (See the CBC article that references this passage here.)

These haunting words bring me back to the birth of my child a decade ago. The first emotion I experienced was a massive, breathtaking love. Followed immediately in its train was a desire to protect. While I had expected to experience these two emotions, I was caught off guard by the sheer intensity of the feeling. However, it was the third emotion that really surprised me. It was fear. I hadn’t expected to experience fear. But in that moment I realized that it was carried in the train of love and the desire to protect. For with those intense emotions came a new vulnerability. What if I should be unable to protect this new life? What if the bond of love should be broken? And so as the nurse handed me that new life — Can I really hold her?, Am I doing this right? Is she okay? — overwhelming love was mixed with abiding fear.

Ana’s parents now live every parent’s worst nightmare. What is it like to wake up thinking all is well? And then moments later as you emerge from the fog of sleep you look around the room and realize you’re in your daughter’s bed … alone …. And for another agonizing day you enter the nightmare again. Nightmares are supposed to be restricted to your sleeping hours, aren’t they? What do you do when the nightmare becomes your waking life?

There are glimmers of hope as Ana’s mother holds on to the promise that love wins. In times like this it helps to say the words, even when you’re not sure you believe them. If I woke up every morning in my daughter’s empty bed, clutching her special blanket would I still believe that love wins? I don’t know. But I hope at the very least that I should still be able to say the words.