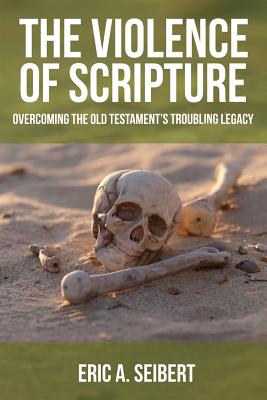 There is a deep cognitive dissonance which must be faced by any thinking Christian and it involves the fact that the Bible contains seemingly contradictory images of God in terms of transcendent love and extreme violence.

We begin with the image of love. Christians follow Jesus in extending a degree of love and forgiveness for the enemy that confounds worldly wisdom. Think, for example, of the bereaved father extending forgiveness to serial killer Gary Ridgway at a victim impact hearing because “God told me to forgive”. As inexplicable, even offensive, as such acts may appear, they are ultimately borne out of the words of Jesus who taught us to love our enemies and pray for those who persecute us, who redefined “neighbor” to include our worst enemy, and who embodied this teaching in his very life as he prayed for forgiveness for those who crucified him.

This same book that provides such an exalted image of love and mercy also includes haunting images of violence like God commanding the sacrificial massacre of entire civilian populations (Deuteronomy 20), the slaughter of infants for the sins of their ancestors committed centuries before (1 Samuel 15), and the acquistion of sexual slaves for the Israelite army (Numbers 31).

How can we reconcile the images of love and violence? How can it be that God simultaneously command love, forgiveness and reconcilation even as he ordered genocide, sacrifice and sexual enslavement?

Most Christians are aware of this problem, at least in the general sense that they know it exists. Unfortunately, the norm is to keep the problem at a distance, often by insulating oneself with various rationalizing mechanisms like “God’s ways are higher than our ways” and “Humans are sinful so it is a wonder that God saves anyone.” (This is as true of academics as laypeople. See, for example, my review of David Lamb’s book God Behaving Badly.) But even if we raise these points (and I spent years doing so) rarely are we sufficiently confident in them to place much weight upon them. This much is evident by the fact that Christians continue to keep the images of violence at a safe distance as evinced by their assiduous avoidance of the real face of horrors like genocide, sacrifice and enslavement.

At the risk of belaboring the point allow me to propose an analogy. Imagine a river covered with a layer of ice. A  passerby walks up to you and asks how to cross the river. “It’s frozen,” you reply, “so you can just walk across.” That’s what you tell people anyways. But would you really have the confidence to venture onto that perilously thin ice with the sound of freezing water gushing and bubbling mere inches below your feet? No, you wouldn’t. You might trust the ice to bear your weight in principle, but you don’t really do it in fact.

In like fashion, Christians regularly invoke various stock responses to reconcile the images of divine love and violence. But in my experience few people have the confidence to place much weight on these rationales.

To wander onto the ice means raising questions that are awkward, painful, dangerous. And that leads to two very real fears. To begin with, one might worry that by raising such questions their own faith will be shaken. Perhaps even worse, they worry that raising such difficult questions will very likely make them an object of censure and suspicion. It’s a very real fear. Sadly, the evangelical church has many people who will be only too quick to label you a heretic or doubter if you dare raise difficult questions. “You’re undermining Scripture! You’re placing yourself above God!” Who wants to be seen undermining scripture or placing themselves above God? Needless to say, these twin threats are more than adequate to keep most people compliant as they focus their Bible reading in the gospels, epistles and nice psalms.

A Guide into a Difficult Topic

But not everybody is satisfied with this uneasy detente. There are some bold, courageous folk out there who are willing to shoulder the risk by asking difficult questions. Enter Eric Seibert’s book The Violence of Scripture.

The book begins on a bloody note with the Puritan slaughter of seven hundred Pequot women and children on May 26th, 1637. How could Christians justify the slaughter of defenseless people? Because, Seibert observes, they appealed to the precedent of Judges 20 and 2 Samuel 12. As one of the participants of the carnage, John Underhill, observed:

“Why should you be so furious (as some have said). Should not Christians have more mercy and compassion? But I would refer you to David’s war. When a people is grown to such a height of blood, and sin against God and man … he [God] hath no respect of persons, but harrows them, and saws them, and puts them to the sword….” (cited in Seibert, 2)

This shocking story reminds us that beliefs provide the framework for action. As a result, it is naive and dangerous to think that a simple embrace of the violent images does not put Christians at a greater risk for participation in acts of violence. History is a reliable teacher that when people are under signs of intense stress and uncertainty that they can resort to all sorts of extreme behaviors unless there is a very strong doxastic framework and behavioral conditioning to the contrary. Needless to say, those who have embraced the violent images of the Bible will not have that strong doxastic framework and behavioral conditioning to avert them from violence. This places the discussion on a plane of heightened urgency.

It also leads us to the central premise of Seibert’s book which he states in chapter 1:

“the Bible should never be used to inspire, promote, or justify acts of violence. This means, among other things, that the Bible should not be read in ways that opporess or otherwise harm people.” (2)

While he recognizes that the New Testament also presents instances of the violent image, Seibert focuses on his own area of expertise, the Old Testament. As Seibert puts it, “I will advocate reading the Old Testament nonviolently in an effort to overcome the Old Testament’s troubling legacy. This involves reading in a way that values all people, promotes justice, and facilitates liberation.” (3) However, he aims to present reading strategies that will be applicable to the entire Bible.

Seibert is to be commended for being so forthright on his hermeneutical presuppositions. Nonetheless, it does raise a question that can’t be avoided: what justifies reading violent texts nonviolently? In response Seibert offers four points. He begins by observing that “There are many Old Testament views and perspectives on violence, and some of these are diametrically opposed to each other.” (7) Consequently, in such cases a reader can evaluate the conflict and pick a side. Second, the Bible is a work of human beings in history and as such reflects some of the limitations — scientific, cultural, and moral — that framed the times in which it was written. This requires readers to be actively and critically engaged with the text as God’s word in history. Third, we are already involved in evaluating the text and reading it selectively.  Consequently, Seibert is simply challenging us to be more self-aware about the way we are reading the text. Finally, Seibert notes that “There is nothing dishonorable about wrestling vigorously wth these texts and disagreeing with some of the values, assumptions and perspectives they offer.” (9)

The final point is worth expanding upon. Imagine two readers. The first reads Joshua and accepts simply that God commanded the genocidal slaughter of an entire society with the quip “the Bible says it, I believe it, that settles it.” The second reader is horrified by what he reads. He imagines a Canaanite baby being hacked to bits by pious Israelites. He recalls the accounts of genocide in Rwanda. And how is he supposed to reconcile this with the image of Jesus who loved the outcasts, the marginalized, the weak, the despised? Could God really command such a thing? It seems to me that of these two readers the second offers a better model for a serious reading of the text with respect to the whole canon of scripture and his own God-given conscience. And in that sense he is a superior reader. So why is he the reader that is more likely to face the threat of censure and social stigmatization?

The remaining chapters of the book are divided into three sections. Part 1 (chapters 2-4) outlines more fully the problem of violence in the Old Testament and the perils of various reading strategies of the text. Part 2 (chapters 5-6) lays out a framework for appropriating the violent images of the text by way of ethically responsible reading strategies. Part 3 applies these strategies to several topics including the Canaanite genocide (chapter 7), the concept of just war (chapter 8) and the problem of violence against women (chapter 9). The book closes with a final chapter on the abiding importance of learning to read the Old Testament non-violently. In addition it includes an important appendix outlining more fully Seibert’s view of biblical authority.

Reflections on The Violence of Scripture

This is a difficult book to read. It is difficult to read for the honest and forthright depictions of biblical violence. But it is also difficult to read for the fact that people have often used these violent images as justification for various acts. Some of those acts — like the genocide of the Pequot –are unspeakably horrible but also (thankfully) alien to most of us. Others are more mundane, but also for that reason more achingly familiar. Consider, for example, the way that many parents appeal to the Old Testament as justification to exercise corporeal punishment upon their children. Seibert quotes a Christian writer named Ted Tripp who observes of his own children: “I would have never spanked them had I not been persuaded by the Word of God that God called me to this task.” (Cited in 22) How sad that a father’s desire to discipline his child through non-violent means was subverted to violent readings of the Bible. And there you have the spectrum of violence extending from genocide to spanking, with the challenge before us of finding life-giving ways to read the violent texts that we believe are faithful to the whole canon of scripture.

The Violence of Scripture will not satisfy everyone. One suspects it may be hard for Seibert to shake the charge that he has reduced confessions like “biblical authority” and “plenary inspiration” to mere ciphers while recreating the Bible in his own pacifistic image. This is not to say that he doesn’t have resources to answer these charges (and indeed I’ve already noted some of them above). But Seibert’s proposal is not without significant risk.

At the same time, Seibert’s proposal is no more risky than the standard evangelical response that I noted at the opening of this review. Those who attempt to bypass the horrors of genocide, sacrifice and slavery with simple mantras are treading equally dangerous ground. Think, for example, of a good Southern Baptist in 1940s Alabama wrestling with the prospect of reading the Bible in a way that subverts rather than condones segregation. He may have initially thought the risk was all shouldered by the innovators. But as we can now see, in that case the conservative reader ended up on the wrong end of history.

And that’s a good reminder for us all. There is no risk-free way to read the Bible. There is no risk-free way to address the juxtaposition of loving and violent images. So where does that leave us? Thanks to Eric Seibert, it leaves us with a great guide for further conversation as we begin to engage honestly in the tension of these images … and to see how far out on the ice we should dare to go.