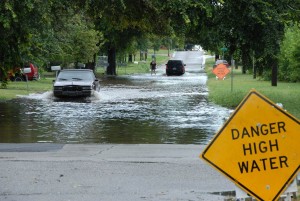 Imagine that you have such faith in the government that you believe bad things never happen to the infrastructure of the city in which you live unless they are planned by the government for some greater purpose.

One day you wake up to find the street of your neighborhood flooded. “There’s your capable government for you!” your neighbor Alex the Anarchist says from his flooded front yard.

You, however, are unphased. “Clearly this is a controlled flooding,” you reply confidently. “The Army Corps of Engineers must have some reason why they allowed it. It’s for a greater purpose, you can bet that.”

“Oh really?” Alex guffaws. “Have you watched the morning news?”

You turn on the television and see a truly staggering scene. Almost the entire city has at least some flooding. Not one building is untouched by it.

A flooded street is one thing. But this is something else. The flooding is extensive, the damage to the city unprecedented. Could it really be that the Army Corps of Engineers has some greater purpose for allowing flooding on this scale? 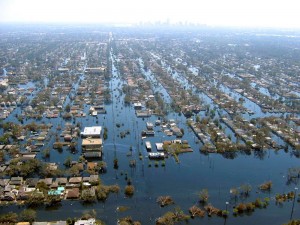