This article takes up the discussion of natural evil from “Bat Bugs? Frankly my dear, I don’t give a damn.” 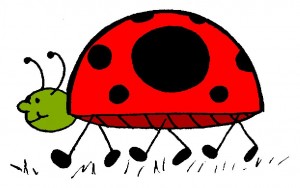 In 1974 philosopher Thomas Nagel published a paper in Philosophical Review titled “What is it like to be a bat?” which became a classic of modern philosophy of mind. In the paper Nagel argues that materialistic theories of the mind fail to capture the phenemenon of what it is like to be something. He makes the point by asking what it is like to be a bat (the kind that eats fruitflies, not the kind that hits baseballs). Here is an excerpt from the paper:

“I have said that the essence of the belief that bats have experience is that there is something that it is like to be a bat. Now we know that most bats (the microchiroptera, to be precise) perceive the external world primarily by sonar, or echolocation, detecting the reflections, from objects within range, of their own rapid, subtly modulated, high-frequency shrieks. Their brains are designed to correlate the outgoing impulses with the subsequent echoes, and the information thus acquired enables bats to make precise discriminations of distance, size, shape, motion, and texture comparable to those we make by vision. But bat sonar, though clearly a form of perception, is not similar in its operation to any sense that we possess, and there is no reason to suppose that it is subjectively like anything we can experience or imagine. This appears to create difficulties for the notion of what it is like to be a bat. We must consider whether any method will permit us to extrapolate to the inner life of the bat from our own case, and if not, what alternative methods there may be for understanding the notion.”

As Nagel points out, we cannot begin to imagine what it would be like to navigate the world via echolocation. But our inability to envision from a first-person perspective what a bat’s experience would be like does not change the fact that there is something it is like to be a bat.

What it is like to be and moral evaluation

This leads us to two potential errors which can arise when considering the nature and extent of natural evil in the world. First, we need to be careful about assuming the suffering of other sentient creatures is like our suffering. We can call this the maximal error of anthropopathism (or projection of human experience/suffering on non-human creatures). Second, we need to be careful about assuming without justification that creatures that interact with their environment are sentient at all. We can call the error of assuming without justification that a creature is sentient the minimal error of anthropopathism.

The two errors of anthropopathism

Let’s take a closer look at the two errors in a famous test case courtesy of Charles Darwin:

“I own that I cannot see as plainly as others do, and as I should wish to do, evidence of design and beneficence on all sides of us. There seems to me too much misery in the world. I cannot persuade myself that a beneficent and omnipotent God would have designedly created the Ichneumonidae with the express intention of their feeding within the living bodies of Caterpillars, or that a cat should play with mice.”

Darwin was deeply disturbed by the finely-tuned destructive, parasitic traits of Ichneumonidae. But how disturbing is it really? This question seems to be tied to the question of whether there is something it is like to be a caterpillar such that the caterpillar can experience, as Darwin puts it, “misery”.

There is good reason to think that folk like Darwin construe the problem of natural evil as more serious than it is because they are committing the minimal and maximal errors of anthropopathism. On this point I’ll quote myself from the addendum to a review I published last year of the William Lane Craig / Stephen Law debate.

At this point Craig turns to address the problem of animal predation and suffering. Craig makes one worthwhile point here: we have to be careful about anthropopathism (that is, reading human emotion, and specifically human suffering, into the lives of animals). He’s certainly right about that. In his book River out of Eden Richard Dawkins makes much of the digger wasp’s macabre habit of laying eggs in a caterpillar or bee and stinging the prey thereby inducing paralysis so that “the meat keeps fresh.” He then writes “the prey might be aware of being eaten alive but unable to move a muscle to do anything about it.” (95) Seriously? Dawkins knows of grasshoppers which have brains sufficiently developed that they could be aware of being eaten alive? Are grasshoppers even sentient? I don’t know. But I am quite sure that they certainly cannot be aware of being eaten alive. Dawkins’ argument is trading on a crude anthropopathism about bugs.

Dawkins starts with the assumption that there is something it is like to be a caterpillar and a bee. In other words, he commits the minimal error (or at least he does insofar as it is not clear that there is anything it is like to be a caterpillar or bee). Even worse, he then commits the maximal error by assuming that an insect could be aware of being eating from the inside out, a blushingly naive case of anthropopathic projection. On that count he might as well ask how the female praying mantis could be so cold and cruel as to eat the male after copulation.

Keeping in mind the seductive siren call of these two errors will go a significant way toward us getting a better grasp on the nature and extent of the problem of evil.