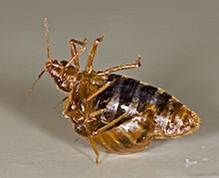 A few weeks ago I had to take a road trip of several hours across the prairie to teach a course in another city. So I dropped off at the library and picked up a few books on CD. One of the chosen titles was Amy Stewart’s Wicked Bugs: The Louse That Conquered Napoleon’s Army & Other Diabolical Insects (Algonquin, 2011). The book provides a skin-crawling journey through the world of bugs, insects, spiders, and other creepy-crawlies from flies that lay eggs in your nose (only to have maggots crawling out days later) to tape worms that slowly slither out of your rectum in search of the light of day. Truly disturbing stuff.

After listening to the CDs for a couple hours I rolled the window down to get some fresh air. Seconds later I was hit in the cheek by some mysterious bug. Immediately my over-active imagination was flooded with horrible possibilities. Had I been injected with a poisonous venom? Had something just laid eggs in my cheek? Was a myocardial infarction mere moments away?

Over the next forty-five minutes I monitored the state of my cheekbone, waiting for any sign of swelling, any drip of pus, any unexplained movement below the flesh. But gradually my fear subsided and I counted my blessings that I had survived a brush with fate.

But back to the book that started it all. Wicked Bugs is truly an unsettling read (or listen). And one of the most disturbing was the bat bug, a close relative of the bed bug. (Incidentally, a few years ago when I stayed at the Bozeman, Montana Super 8 Motel I woke up with forty-five bed bug bites. Is it any wonder that I carefully inspect the headboards of every new hotel I stay in?) Consider this passage where Stewart describes the extraordinarily disturbing coital habits of the bat bug (which are depicted above):

“All species of bat bugs participate in a form of lovemaking called traumatic insemination, in which the male bypasses the female’s vagina altogether and pierces her abdomen with his horribly sharp penis. The sperm goes straight into the bloodstream where some of it makes its way to her reproductive organs… This is not at all an agreeable arrangement for female bat bugs. In laboratories, colonies of bat bugs quickly go extinct because the females simply cannot escape the painful and destructive attentions of the males long enough to heal and safely give birth.”

Now this should prompt an obvious question for a theist: why would God design creatures in this way? How do horrors like traumatic insemination fit into a good creation? And while we’re at it, why did God make bat bugs (which normally suck blood from … you guessed it, bats) in the first place?