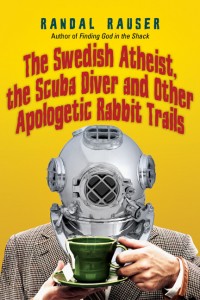 Finally, after an interminable wait my book The Swedish Atheist, the Scuba Diver and Other Apologetic Rabbit Trails (InterVarsity) is now available for purchase. In honor of the book’s release I have been inundated by requests for interviews. But I have passed them all up and decided to accept an interview with Myself instead. So without further ado here’s the interview:

The Interview with Myself

Myself: “First off, I have to ask you Randal, what’s with that crazy title?”

Randal (chuckling): “Well the book itself is a bit crazy. Or at least idiosyncratic. Almost the entire book is an extended apologetic conversation between a Christian who is played by a character named ‘Randal’, and an atheist named Sheridan. It’s full of humor, eccentricity and the occasional dally into emotion as we cover a broad range of topics like ‘Does God exist?’, ‘Are Christians crazy?’, ‘What about the problem of evil?’, ‘What is atheism?’, ‘What about biblical atrocities?’ and more.”

Myself: “And Swedish atheists too, I guess.”

Randal (laughing uproariously): “Yes, at one point we even get around to talking about Swedish atheists.”

Myself (somewhat caustically): “So basically you’ve thrown in everything but the kitchen sink. So would you call this a book of apologetics then?”

Randal (seriously): “It depends. Just in case you haven’t noticed Myself, these days the apologist is often viewed with suspicion by non-Christians and Christians alike, except for a relatively small enclave of conservative evangelicalism and Catholicism where he is welcomed.”

Randal: “Unfortunately, the apologist is often viewed as a glorified salesman or spin doctor, somebody who will say or do whatever is necessary to make the sale or vindicate his candidate. And that creates a deep skepticism. Once people suspect that you’re not going to be entirely honest with the issues, they’ll be much less likely to listen to anything you have to say. As a result, Christian apologists are often marginalized beyond a relatively narrow enclave of Christian conservatives.” 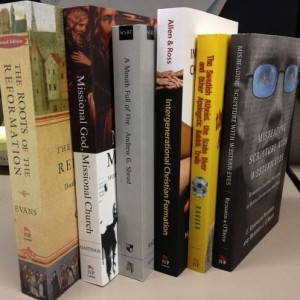 Myself (skeptically): “So are you saying you’re the ‘honest apologist’?”

Randal: “Well it’s not quite that simple Myself. Nobody is perfectly objective. But I certainly do make an effort to be more honest in appraising the difficulties in Christian faith and construing the evidence that supports other belief systems. At the same time I seek to convey why I am still a Christian. To put it simply, ultimately I believe Christianity provides the most intellectually satisfying picture, the truest picture, of reality. But that doesn’t mean that my worldview doesn’t take any casualties along the way. It does. And I make that clear in this conversation. This is apologetics, but it is a more nuanced and honest apologetics for a world grown weary of apologetic salesmen.”

Myself: “You said the book is a conversation. Why’d you choose that format?”

Randal: “Many apologetics books just lay out a series of arguments as if in a sort of classroom setting. The problem with that approach is that it doesn’t mirror reality. Countless times I’ve heard of people learning arguments, but then when they try to apply them in a real life situation somebody will throw a single curve ball they were’t expecting and they don’t have a come back. They’ve only learned to think about the issues in the relatively narrow confines of a specific set of arguments. So what my book does, by focusing on an extended conversation, is to immerse the reader in a real life situation. It’s like the difference between training a pilot in a flight simulator instead of a classroom. The flight simulator trains you for real life situations.”

Myself: “Training? So are you preparing troops for battle?”

Randal: “I don’t know that military motifs are the most helpful for people these days. Perhaps a better picture is that I’m seeking to equip people to engage in serious conversations about their most cherished beliefs. I think the apologist should always be focused on the primary goal of illumining the nature of truth. Since the apologist obviously assumes her beliefs are true, she will expect that typically illumining truth will involve persuading people of her beliefs. But she must also be prepared for a good conversation showing that one or another of her beliefs is false, or likely false, or at least that the evidence really doesn’t support that belief like she believed it did. What she shouldn’t do is try to spin all the evidence to make it look as if it supports her beliefs. That’s intellectually dishonest. No worldview will come out vindicated in every dispute.”

Myself (reaching across to shake Randal’s hand): “Randal thanks for joining me for this interesting conversation.”

Randal: “My pleasure. I’m always happy to have a conversation with Myself.”

Myself (grinning): “Fair enough. Just don’t do it at a coffee shop or they might think you’re as crazy as the books you write.”

Both Randal and Myself break out into mirthful gales.

Fade to black as the credits roll.