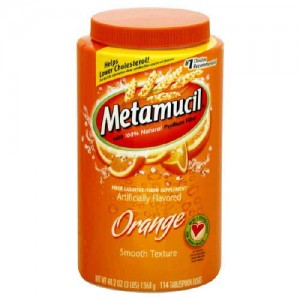 Have you ever read something and thought, irrespective of whether the arguments were any good, “Gee, I wouldn’t want to share an elevator with that person”? You know what I mean? The angry, irascible personality? The control freak who can’t stand other people disagreeing with them? The curmudgeon who seems uptight, judgmental, knotted up, and in need of a few spoonfuls of Metamucil with every meal?

I should emphasize that the Metamucil Scale only measures one aspect of writing or speaking: knottedupness. There are still many other matters to assess including the validity of an argument’s logical structure and the soundness of its premises. While scoring low on the Metamucil Scale is not the only thing that matters, it most definitely does matter. You see, when people come across as angry, judgmental, cynical and just plain knottedup, they drive other people away. People want to be around personalities that give off positive energy, not those that suck it up and neutralize it with their scowl.

Just last week I saw a former colleague who always has a wide smile on his face and is ready to give you a hearty handshake and a backslap just prior to the obligatory trading of jokes. And it’s not fake. He’s the genuine article. After speaking with him for awhile I told him “Friend, you always give off positive energy.” And it’s true (except for the bit about calling him “Friend”).

Those who score high on the Metamucil scale neutralize all the positive energy: they are acidic and acerbic rather than a neutralizing base or a positive charge.

So in brief, in the future I will occasionally make note of the Metamucil Scale with respect to the writing or speaking of another person as a way of assessing one aspect of their presentation. And so when I say that so and so rates 3 or 4 or (heaven forbid!) 5 spoonfuls of Metamucil, you’ll know what I mean.