In my previous article I pointed out the oft-neglected role of plausibility frameworks in apologetics. Insofar as the apologist is concerned to present his/her worldview winsomely, it becomes very important that he/she labor to make that worldview a live option for belief.

Though I speak with valid arguments and persuasive evidence, and have not plausibility, I am become as sounding brass, or a tinkling cymbal.

With that in mind, The Atheist Missionary replied:

Which socio-cultural dimension of Christian beliefs would you like to propagate Randal?  I would like to lock every thinking person in a room for a month and force them to listen to uninterrupted broadcasts of American Family Radio.

This is a revealing comment. The Atheist Missionary wants people to listen to American Family Radio because he expects it will reinforce the implausiblity of Christian belief for a large percentage of those subjected to the experience. (I suspect he’s right.)

This is equivalent to a Democrat saying “I would like to lock every thinking person in a room for a month and force them to listen to uninterrupted broadcasts of Rush Limbaugh and Michael Savage.” The hope, obviously, is that presenting conservatism in its brash populist form will alienate people from the wider movement and send them into the arms of progressives.

Given that TAM recognizes the importance of plausibility structures, I hope that Christians do as well. 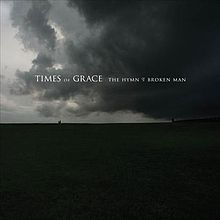 But now for TAM’s question. What would I like to see? The answer is simple: Christians excelling at various vocations across society in producing transformative works of culture. Whatever Christians do — architecture, social justice advocacy, philosophy, writing — they should seek to be the very best at their discipline. When it comes to consumer culture that means that they should not play to a ghetto Christian market that consumes their subpar product because it is labelled as Christian.

What does this look like concretely? Consider the 2011 metalcore album “Hymn of a Broken Man”. I’ve intentionally chosen the area of metalcore music (a fusion of heavy metal and hardcore punk with driving guitars, double bass and the occasional screaming vocals) because this is precisely where many people would not expect to find Christians thriving. And yet, for some years now several of the most commercially and critically successful metalcore bands have been outspoken Christians, including As I Lay Dying, Norman Jean, Underoath, and Killswitch Engage.

Let’s consider one of these examples more closely. In 2011 Adam D of Killswitch Engage joined up with Jesse Leach (former vocalist for the band) to form a band called “Times of Grace” and produce an album chronicling the struggle of faith. “Hymn of a Broken Man” was the result. The album is, by the standards of the genre, an outstanding critical achievement both musically and lyrically. In a genre often dominated by anger, violence, and lyrics unrepeatable for the tender ears of my audience, Times of Grace speaks powerfully to issues of faith and doubt, pain and forgiveness, and social justice. Consider the video for their single “Live in Love”. It presents an extraordinarily bold vision for social transformation. Here’s the opening verse:

It takes so much more strength to be selfless and

Adam D and Jesse Leach can get away with singing lyrics like this in a genre of music that is often known for being nihilistic and self-destructive for a simple reason: they’re among the very best at what they do.

Consequently, the atheistic metal head who becomes familiar with Killswitch Engage / Times of Grace will likely be challenged in many assumptions he’s held about the Christian worldview. No longer can he simply dismiss Christianity for its association with the soppy Jesus-is-my-boyfriend CCM you’re likely to hear on most Christian radio stations. “Hymn of a Broken Man” is not in-your-face evangelism in which the music is merely a cipher for the message. Rather, it represents the conviction that God created and declared his creation good, and then commanded Christians to go into all the world and be exemplars of a vision for the redemption of that creation in every situation in which they find themselves, including in a metalcore band.

I’ve included the video for “Live in Love” below. If you’re not a fan of this kind of music then brace yourselves. But note the way the band uses the medium of the music video to convey to the listener/viewer a sense of social justice and the need for societal tranformation. Note as well how they effectively redefine power (a thematic preoccupation within the genre) in terms of love and grace. Finally, take note of how they channel the rage that often characterizes the genre into a vision for social transformation. If you’re going to get angry, get angry at the pain, suffering and injustice in the world … and live in love.