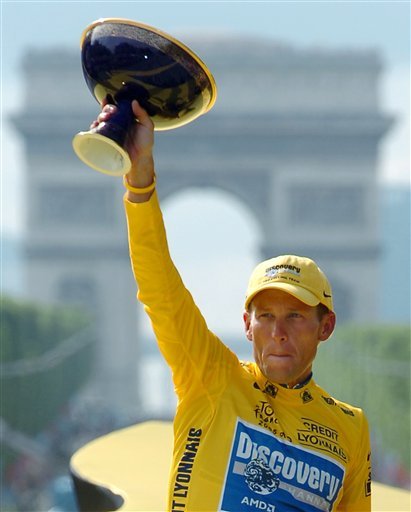 I suppose I’m not the first to notice the near cultic support for Lance Armstrong that one finds in some corners. He’s been called a “secular messiah” for his triumphant defeat of cancer coupled with the astounding success of the Livestrong brand and Lance Armstrong Foundation which have donated more than half a billion dollars to cancer research. There is no question that Lance Armstrong is an amazing person, a tremendous athlete, a wonderful philanthropist.

Sadly, he’s also a cheat and a liar. I’m more sympathetic with the cheating bit. “Everybody else was doing it” may not get much sympathy from me when its used to explain participation in genocide. But when the crime is blood doping and steroid use in competitive sports, I’m more sympathetic. That doesn’t mean Lance should retain his titles. He still is a cheat. However, he certainly shouldn’t be demonized for it.

What irks me is the persistent lying. Lance now has a dozen people who have offered their testimony against him, many of them former team members and friends like Tyler Hamilton, Floyd Landis and (most devastatingly) George Hincapie. To say that all these people are engaged in a massive conspiracy against Armstrong and to suggest that when perhaps two-thirds of the bikers in the peloton were drug cheats the one who was winning all the races was not, is to imbue Armstrong with a messianic status unparalleled in sport.

Which appears to be precisely what some people are doing. They insist that he is a martyr and a saint. They point out the irrelevant fact that he never failed a drug test (conveniently ignoring all the testimony from team members that explains how they all avoided testing positive), and they thereby illustrate the perennial temptation (and danger) of a cult of personality.

To tie this back into the common topics of this blog, it is frustrating that this kind of irrational defensive fidelity is often ascribed to “religious” commitment. There is nothing particularly religious about it. Human beings all have a penchant for irrational commitment to and defensiveness of our chosen heroes. Beware of placing the iron man on a pedestal when he has feet of clay.