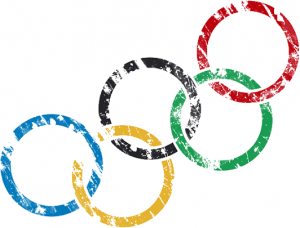 4. Why no sensible standardized medal counting?

The only way of counting medals that makes sense is a point system where gold=3 points, silver=2 points and bronze=1 point. Why the world can agree that it is now 9:08 AM Mountain Standard Time, but cannot agree who is ahead of whom in the medal count is beyond me.

3. Why not also rank the success of countries relative to population and GDP?

China is ahead of New Zealand in the medal count. And the United States has definitely trumped Jamaica. But then China’s population is about three hundred times that of New Zealand. And the United States has about one hundred times the population of Jamaica. Consequently, there should be a second list, complementing the point list, which charts the success of countries relative to population. On this count, countries like New Zealand and Jamaica are big winners at the games.

There is another criterion that should be factored into this supplementary list calculation: GDP. The lower a country’s GDP relative to medal count, the higher they are in the ranking. On that score Jamaica would pull out well ahead of both the United States and New Zealand.

2. What do you do with power-elites who exploit the Olympics?

On the downside, this could encourage countries with a low GDP to act irresponsibly by investing even more in Olympics training.

Thus, ranking countries relative to population and GDP has the potential to raise the standing of countries who use the Olympics as a shameless propaganda tool. To be sure, every country uses the Olympics to build patriotic spirit which often can be channeled into support for the power-elites. When you have a one party state, as in the case of China, this becomes especially worrisome.

But it is all the more so with a country like North Korea which perversely pours money into a grotesquely large military relative to population, stupidly impressive and sickeningly elaborate “mass games”, and the winning of gold medals at the Olympics. It is a sad fact that the Olympic spirit can be used as a crass ploy to build nationalistic support for tyrannical regimes.

1. What about the Olympic-sized hangover?

And finally, my biggest pet peeve. The IOC is like an encyclopedia salesman who exploits poor farmers by duping them into spending hundreds of dollars buying a set of encyclopedias that they don’t need. After a brief flurry of interest, this set of volumes will sit unused on the shelf, becoming a greater liability with each passing year until the Goodwill won’t even accept them as a donation.

Case in point, the 2004 games in Athens. Millions of dollars spent on venues like Olympic pools and handball and badminton courts which have since been left to rot unused in the Mediterranean sun.

Perhaps even worse, think of the Bird Nest Stadium in Beijing, a stunningly audacious structure costing hundreds of millions of dollars to construct which now sits empty for months at a time unused. And with annual upkeep costs of ten million dollars, it may just be the biggest white elephant on the planet (at least until you roll all the Pontiac Azteks still on the road into a giant ball of automotive ignominy).