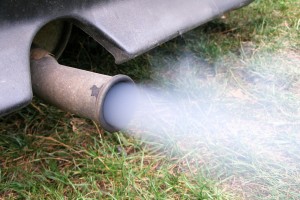 The other day I was staying at a hotel with approximately four hundred rooms … and a designated outdoor smoking area the size of a moderately sized living room. As I walked briskly through this area every day while taking the dogs out for a walk I couldn’t help but marvel at the enormous social change that has occurred in the last couple decades toward smoking. I still remember the days when you could get seated on the airline (or in the restaurant) one row (or table) away from the smoking section. Back then I found it a filthy habit, worthy of every social stigma we could throw at it.

So why is it that now, when a hotel of 400 rooms with a large surrounding property has only about 200 square feet designated for smoking, do I find myself feeling sympathy for the smoker?

The problem, in short, is hypocrisy. And it is encapsulated in a sad scene I remember on the streets of Vancouver circa 1998. It was downtown, a block off Robson Street as I recall, near a business tower. I was a chauffeur at the time driving my way through graduate school and sitting at a light looking with a half bored stare at two businessmen having a cigarette on the corner outside the building. Suddenly an old lady walked up to them and started screaming: “You assholes! How dare you suck on your cancer sticks when I have breathing problems! You’re trying to kill me, you assholes!” The two poor businessmen blushed as the light changed and I pulled away from the curb.

I never saw the conclusion to that rather colorful social encounter. I don’t know if those two beleagured office workers snuffed out their cancer sticks to placate the old lady or not. However, I felt a great deal of sympathy for them regardless. Stigmatize the smokers if you must. But there I was, sitting at a traffic light and idling a 302 V8 engine, belching carbon monoxide into the atmosphere, a gas which is so deadly that it would kill a healthy adult human being in mere minutes. And here the old lady chose to harangue the smokers for daring to have a few carcinogenic puffs.

Let he who is without sin throw the first stone…

or perhaps have the first puff.