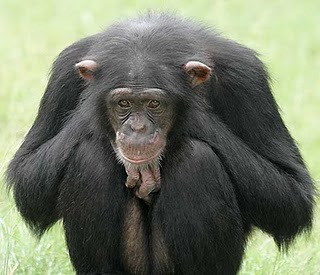 Theologians and philosophers have long identified two kinds of evil: moral and natural. The latter is rooted in suffering that arises from the processes and events of the natural world including all suffering that arises from the actions of animals. The only sources of moral evil in the world — and with it sin — are human beings and those shady malevolent spirit beings we call demons.

But is this a viable assumption or is it a dubious extrapolation from assumptions about the uniqueness of human nature that are themselves no longer defensible? The more we learn about the natural world the more it appears that the latter is the case. Not all animals can sin, but the circumstantial evidence is growing that at least some can. And if this is the case then we’d better get to work thinking through the theological and philosophical implications of it.

Let’s be clear on one thing: if animals can sin it is unlikely that they do so with the same degree of culpability as many humans. A three year old greedily grabs a toy from another toddler at the day care and snaps “Mine!” That’s arguably a sinful act. But it is nowhere near as sinful as his greedy thirty-three year old father selling off toxic debt to unsuspecting traders on Wall Street. It may be that the sin of the animal, where such exists, is closer to the toddler than it is to the stock trader. But sin is sin.

Consider this example from the book When Elephants Weep:

One has to sympathize with Jane Goodall’s reaction to some chimpanzees’ treatment of one old animal, his legs wholly paralyzed by polio, who was lonely, shunned, and sometimes attacked by those still healthy. In the hope of inducing companions who were grooming each other to groom him as well, he dragged himself up into a tree:

“With a loud grunt of pleasure he reached a hand towards them in greeting–but even before he made contact they both swung quickly away and, without a backward glance, started grooming on the far side of the tree. For a full two minutes, old Gregor sat motionless, staring after them. And then he laboriously lowered himself to the ground. As I watched him sitting there alone, my vision blurred, and when I looked up at the groomers in the tree I came nearer to hating a chimpanzee than I had ever done before or since.” (When Elephants Weep (Delta, 1995), 43.)

I don’t think that the chimpanzees sinned with the culpability of a stock trader on Wall Street deceiving other traders. But did they sin with a degree of awareness and culpability approximating the child in the day care? To say the least, the categorical denial that sin is ever present in any of the actions of a chimpanzee is no longer the starting point of discussion. Now it is a bold thesis in want of a bold defense.