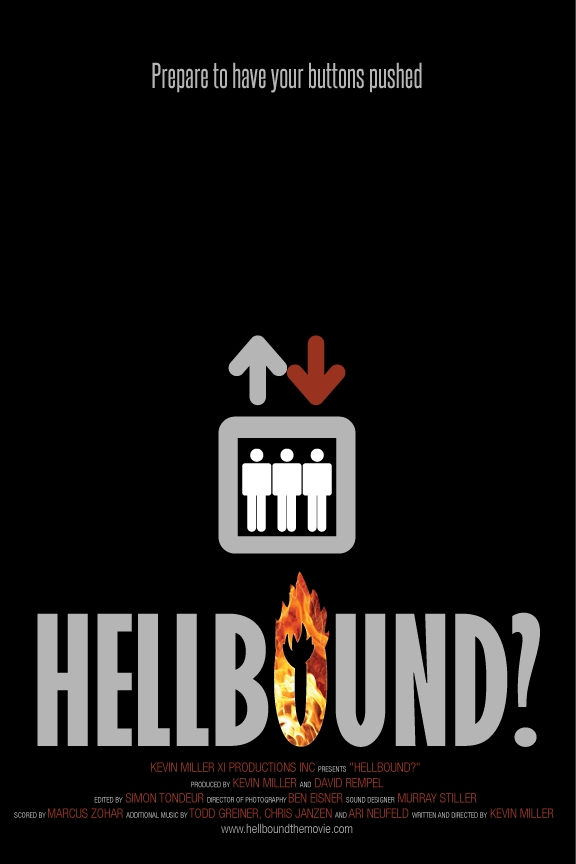 As far as theological topics go, hell is hot these days. (By the way, I have a history with hell puns. When I was in seminary I wrote a paper for Stanley Grenz on the topic of annihilationism which I titled “Who in hell lives forever?” On the day I handed the paper in Stanley started to lecture on hell and he began by informing the class how much he hates hell-puns. Oops. If you object to hell puns in principle as Stanley did, or if you simply object to the one in the opening sentence because it was lame, I apologize.)

Anyway, this morning I was emailed by Kevin Miller, the director of a new documentary about hell called “Hellbound?” You can check out the film’s website and teaser trailer here. It looks interesting but has two serious shortcomings already evident in the trailer. The first problem is that the trailer plays heavy metal music when hell is more properly associated with Kenny Chesney (can you imagine the anguish of an eternity listening to “She thinks my tractor’s sexy”?!). Second, and more seriously, Kevin didn’t interview me for the film. But he does make up for it by interviewing everyone from Brian McLaren to Mark Noll to Mark Driscoll. I guess it all balances out in the end.

So be sure to be on the lookout for “Hellbound”, a film which promises to be the most damnable cinematic experience since “Gigli”.

And while you’re biding your time waiting for the sulfurous release of “Hellbound?”, you might also want to check out “Hellhouse” which I blogged about here.