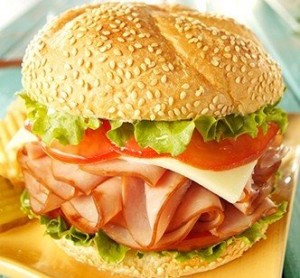 Fifteen years ago when I lived in Vancouver I used to frequent a sandwich shop in Port Kells that was famous for its massive sub sandwiches. I remember in particular the breathtakingly generous slabs of baloney. I thought of that shop, and its endless supply of baloney, as I read John Loftus’ latest reply to my critique. You can read it here. And read it with awe. This single article has enough baloney to stock two Subway franchises for a week.

Much of what John writes is quite strange. For example, he says: “Rauser thinks what I’ve written applies to other people besides believers” and then he quotes me:

“The fact is that everyone can be guilty of holding a belief beyond what the evidence warrants. You can have an irrational commitment in your favorite sports team, or the rightness of your nation’s foreign policy, or your own intellectual prowess (*cough cough*).”

This was an essential point: the line between rational and irrational is not a line between two groups of people. Rather it is a line drawn in each of us, for we all evince rationality about some beliefs and irrationality about others. John completely ignores the way that this simple point explodes his rhetorical oppositions. Instead, he acts like the point is trivial and then he imputes to me a truly bizarre position. Here’s how he puts it:

“So? I agree that’s what people do. What I don’t agree is that’s what reasonable people should do, at least, not in some specific cases.” (emphasis added)

The “So?” opener supposedly establishes that John always agreed with this point. You just have to read his previous essay to see that this is emphatically not the case. But the next sentence, the one I italicized, is where things get truly bizarre. Here he allegedly states a disagreement with me by saying he doesn’t agree that rational people should do this (that is, be irrational).

Did I really read that?

John is suggesting that I endorsed the view that rational people should be irrational?

But it gets even stranger when John adds, almost comically, “at least, not in some specific cases.”

So he thinks that rational people should be irrational in some cases? And which cases are those exactly?

Now here’s what I expect some of John’s fans might say to me: “You’re not reading John charitably. That can’t be what he meant.” I can only assume that is right, because if this is what John meant then I think the state should consider rescinding his driver’s license because anybody who believes such nonsense poses a threat to the general public. What I really think is that this passage simply illustrates that John Loftus often expresses himself in a terribly sloppy, half-baked and downright confused manner.

What I was doing in the passage John quoted was challenging his quasi-cultic insistence that there are two categories of people, “believers” that are irrational and “skeptics” and are rational. I dare say that those two wooly terms, “believer” and “skeptic”, provide the thickest slices of baloney at the Debunking Christianity Deli. John writes:

“The reason this issue is so important to believers is, well, because they are believers. I am a doubter, a skeptic.”

Give me a break.

No actually, forget the break. Just give me a definition. Just what is a “believer” exactly? Since John doesn’t explain I will define both “belief” and “believer”:

belief: a proposition which is accepted as true.

believer: an agent who accepts at least one belief.

Note that these are clear definitions, they are not tendentious, they are not ideologically driven (as John’s analysis inevitably is) and they arise from the formal field of epistemology.

Next, note that according to these definitions, John is a believer if he holds a belief. So does he hold a belief? Of course. The very essay I am presently critiquing reflects a litany of John’s beliefs. Here are some of those beliefs that appear in the first full paragraph:

“Sometimes in a post all I can do is state my conclusions and give a few good reasons for them. This is especially true here.”

“I have changed my mind on this since becoming a non-believer.”

“Part of this issue has to do with definitions.”

“Another part has to do with Plantinga’s notion of properly basic beliefs.”

“Part of it has to do with religion in general.”

“I can’t say all that I know, but this is what I think with a great deal of probability.”

“Christians have been thinking about this issue ever since the apostle Paul, Augustine, Anselm. Aquinas, and Calvin.”

“So Christians in the western world have unfortunately framed the debate.”

If John has all these beliefs why does he call himself a “skeptic” and contrast that with “believers”? Because John is not interested in how epistemologists define terms. He is interested, rather, in marginalizing a certain group of people and forwarding his own ideology. So he labels that ill-defined group “believers” and calls himself a “skeptic” and the reasons he does so are purely rhetorical and ideological.

There have been a precious few folk in history who really did seek not to believe anything. Classic Greek skepticism aimed for this. But if you took a baseball and hurled it at the head of an ancient Greek skeptic, he would have ducked just like the rest of us. He may tell you he doesn’t really have beliefs about the physical properties of heads and baseballs and the effect that the latter could have when impacting the former. However there is a saying the Greek skeptic would do well to heed: you show me what you believe by what you do. So pardon me if  I harbor doubts about his doubts.

I could say more about Greek skepticism and how hopelessly misguided it was, but that point is really moot because John clearly isn’t a Greek skeptic.

So then what is John?

Alas, he is nothing more than a confused common believer, one who is so driven by his ideological commitments that he doles out terms like “believer” and “skeptic” like inch thick slabs of baloney on a slice of sourdough. Unfortunately, I now recognize something I didn’t understand fifteen years ago: a steady diet of baloney is actually very bad for the body, and it is plain murder for a clear thinking mind.