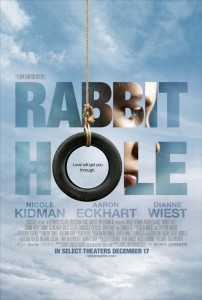 The other day somebody advised me to watch the film “Courageous”. I took their advice. Partially.

We started to watch the film. But then forty-five minutes into it we realized that Jon Stewart’s “The Daily Show” was about to begin. So…

In other words, the film suffered from the most devastating of cinematic crimes: mediocrity. It wasn’t good enough to draw our minds into its world and away from the nightly TV listings, and it wasn’t bad enough to keep us hooked with its sheer awfulness. Rather, its script and acting felt like it was about the level of an average sitcom without the laugh track (and, save, one scene, without the laughs as well).

And that is not all. “Courageous” is a Christian film. And “Christian film” is typically code for “overtly didactic”. This was no exception. In the portion I saw characters in the film repeatedly stressed the need for fathers to be good fathers to their children. The script-writing was so ham-fisted I half expected the actors to look directly into the camera as they were delivering their hortatory lines. In fact, the film felt like an elaborate Campus Crusade for Christ skit on fatherhood. Subtlety is definitely not the strong suit of evangelicals.

The central event in the portion of the film I watched is the untimely death of a beloved daughter in a car accident and the father learning to deal with his grief. As I mused about how poorly this was presented I was led to reflect on another film which covers some of the same ground. “Rabbit Hole” came out two years ago. It is a fantastic film, but along with “Buried” and “United 93” it is one of the heaviest films I have watched in the last five years. The sense of desperate grief is stifling.

The film stars Nicole Kidman as Becca Corbett in an Oscar nominated performance. Becca’s husband (played by Aaron Eckhart) is desperate to reach out to her and save their marriage. But daily both bereaved parents are being water-boarded by their own guilt, and their seething rage at the other. This family is gripped by so much pain that even now I find a sense of anxiety settling in just to recall it. In “Courageous” God is the sometimes-hard-to-understand-but-always-quietly-abiding-benevolent-presence. In “Rabbit Hole” he is a cause of skepticism and unvarnished outrage. Not surprisingly I resonate better with the theology of “Courageous” but in terms of a depiction of agonizing loss, “Rabbit Hole” is the truer film by light years.

What bothers me is not that people pour themselves a glass of two buck chuck. Rather, it is that they think they aren’t missing something when they bypass the (still very reasonably priced) Penley Estate Cabernet Sauvignon. By the same token, it doesn’t bother me that some people like watching films like “Courageous.” And if that spurs them on to be better parents then all the better. But if they choose it instead of a film like “Rabbit Hole” they do so at their own loss.