Jerry commented: “I believe that everyone has the right to express their beliefs on public policy, whatever it is that has contributed to the formation of  those beliefs.” Jerry may think that. But these days he may find himself in opposition to the secular state. 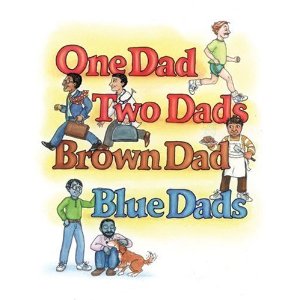 Case in point, the debate in the Surrey School Board (in greater Vancouver, BC, Canada) that began in 1997 and continued until 2002. The controversy began when a kindergarten teacher named James Chamberlain requested a couple books be included as optional resources in the curriculum, books like Johnny Valentine’s One Dad, Two Dads, Brown Dad, Blue Dads. (Betcha Dr. Seuss didn’t see that one coming!) The school board decided not to include the materials in the curriculum but to include them in the library. The case, Chamberlain v. Surrey School Board District No. 36, was eventually heard by Canada’s Supreme Court. The school board lost.

Personally, I don’t have a big stake in this matter. A certain segment of the population has always been homosexual. What you think about that morally speaking is another issue, but the reality exists. And increasingly families based on homosexual couples are a reality of which children from heterosexual families need to be aware.

There is at least some overlap here with the issue of divorce. A couple years ago my daughter read a novel called The Rainbow Kid by Jeanne Betancourt. It told the story of a young girl who experiences the trauma of her parents’ divorce. That book had a big impact on my daughter, not least because it provided a framework for her to understand the kids in her elementary school who came from broken homes.

Everyone agrees that divorce is a sub-optimal familial situation, but it is one that we should inform children about so they can engage with people who come from divorced homes with charity and sensitivity. The difficulty comes in that people are divided over whether homosexual unions are sub-optimal. And that means informing children of the diversity that exists with homosexual unions is inherently more controversial in nature since the presentation of the reality will almost inevitably be from either a normalized or sub-optimal perspective. And so the controversy ensues.

(But as I said, it wasn’t that big a deal to me. If my daughter had read a book like One Dad Two Dads when she was in kindergarten my wife and I could have discussed it with her so she could process it and she would have gotten on with her day. I guarantee that the sky wouldn’t have fallen. Thus I can’t help but think that the more than one million dollars the Surrey school board spent in legal fees would have been much better invested elsewhere.)

This brings me to the Court’s reasoning behind their decision. The justices wrote the following:

The School Act’s insistence on secularism and non?discrimination lies at the heart of this case.  The Act’s requirement of secularism in s. 76 does not preclude decisions motivated in whole or in part by religious considerations, provided they are otherwise within the Board’s powers.  But the Board must act in a way that promotes respect and tolerance for all the diverse groups that it represents and serves.

The Board’s decision is unreasonable because the process through which it was made took the Board outside its mandate under the School Act.  First, the Board violated the principles of secularism and tolerance in s. 76 of the Act.  Instead of proceeding on the basis of respect for all types of families, the Board proceeded on an exclusionary philosophy, acting on the concern of certain parents about the morality of same sex relationships, without considering the interest of same sex parented families and the children who belong to them in receiving equal recognition and respect in the school system.

The Board was authorized to approve or not to approve books for classroom use.  But its authority is limited by the requirements in s. 76 of the School Act to conduct schools on “strictly secular and non?sectarian principles” and to inculcate “the highest morality” while avoiding the teaching of any “religious dogma or creed”.

Now let me explain what all this means. The School Board was judged to be in violation of the secularist stipulation in section 76 because the members of the school board who judged homosexual unions to be sub-optimal and thus who disagreed with the philosophy of writers like Johnny Valentine did so out of their Christian and Sikh beliefs. (Vancouver has the largest Sikh population outside of India, and Sikhs were well-represented on the Surrey School Board.)

This provides a fascinating, if problematic, grounds for repudiating the board’s decision. It was not ultimately the decision itself to exclude the books from the curriculum which was problematic. The problem, rather, was the philosophical ground of the board’s decision. So consider this. If the board had made their decision based on reasoning rooted in John Stuart Mills’ utilitarian philosophy, it would have been legitimate because Mills’ philosophy would be considered “secular”. The problem was that they reasoned from beliefs considered “religious”.

This is even more problematic than you might think at first blush. Contrast the following:

Bob (Imaginary secular school board member): with no formal background in ethics or law, Bob decides that he doesn’t like the books and that they shouldn’t be included in the curriculum.

Al (Imaginary Christian school board member): Al is a retired Professor of Natural Law and Jurisprudence from a Catholic university. He has degrees in the philosophy of education and ethics and has taught for forty years on matters of law, public policy, theology, ethics, and pedagogy. Al has carefully reasoned from within his Christian convictions and decided that the books ought not be included in the curriculum.

By the court’s own reasoning Bob’s grounds for excluding the books from the curriculum is (potentially) legitimate but Al’s is excluded in principle. Perhaps Al has a right to express his opinions, but if they are rooted in sources deemed “religious” then he doesn’t have a right for them to be considered.

This pushes us back to the knotty question: what is it that makes a belief “religious”?