A disclaimer: This article actually explores the implications of David Houston’s Calvinism. However, David’s Calvinism is, so far as I can see, a consistent and historically mainstream articulation of the tradition.

David Houston: “I believe in the doctrine of original sin so I believe that all children are born with a depraved nature and are thereby made liable to eternal damnation. Whether infants go on to maturity and are allowed to manifest their wickedness more fully as adults is irrelevant.”

The Atheist Missionary (indignantly): “First, go visit a childens’ cancer ward – take some time to speak with the kids and play with them.”

David Houston (defensively): “I cry for them because they were born in the image of God and are, therefore, beautiful but have been ravaged by the effects of sin. It is a great tragedy.”

In this recent exchange excerpted from the blog The Atheist Missionary appears to be charging David Houston with having a theology which undermines his compassion for very sick and terminally ill children. David in turn rejects the charge. He believes that “beautiful” children stricken with cancer is “a great tragedy”. Is that a consistent response for David to make? I submit that it is not. And when we recognize that it is not then we will see yet another reason to reject Calvinism: it has intolerable pastoral consequences. 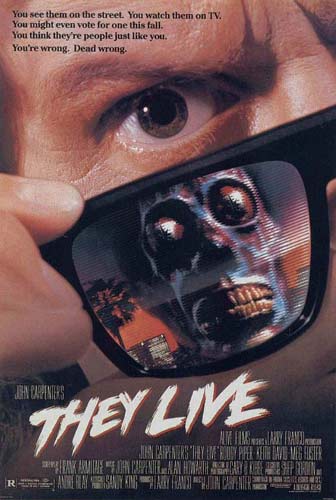 The Wretched Enemies of God Live: An Illustration

If you are into campy sci-fi films, you could do well to watch the 1988 film “They Live”, featuring WWF wrestling’s bad boy from the late 80s, Rowdy Roddy Piper. The premise of the film is that evil aliens have invaded earth and walk among us, but they look and act exactly like human beings. The only way to tell if a particular *human* is in fact a human is to wear special glasses that reveals which *humans* are in fact alien imposters. The alien imposters are wholly evil and must be destroyed.

Imagine for a moment that you live in the world of “They Live” and you don’t have Roddy Piper’s handy Ray-Ban glasses. As you are walking along the street you see a child run over by a city bus. What should your reaction be? Of course if you lived in the real world it would be unqualified sadness and horror. But in the world of “They Live” things are very different because that *child* may in fact have been an alien that got its comeuppance. This doesn’t mean you act differently. Without the glasses you may be forced to act as if you have compassion for the child writhing in agony on the pavement.  But unless you have the glasses to see the child’s true identity that compassion will be provisional.

If you accept David Houston’s Calvinism then we live in a world like “They Live”. And the imprecatory psalmist apparently had access to a pair of Roddy Piper’s glasses, at least temporarily. And when he put them on he saw that Babylonian babies were alien. Thus when they get hit by the proverbial city bus, it is not a cause for horror but rather for joy. Needless to say, had those Babylonian babies been stricken by another ailment — for example, cancer — it would have been equally a cause of joy for the imprecatory psalmist.

David thus sings the imprecatory psalmist’s curses against the Babylonian infants and shares his great pleasure at their destruction. David believes there are non-elect enemies of God — including sinful babies — who walk (or crawl) among us. And if David only had his own glasses he would extend that worshipful meditation to encompass the pain and suffering of infants in our midst that he sees to be alien invaders. Indeed, David has said that he looks forward to a future time when all those enemies, infants included, are in hell so that he can rejoice in their damnation without qualification.

For that reason, David’s response to The Atheist Missionary is completely inconsistent with his own position. David believes he lives in a world like that described in “They Live”. And so were David to visit Ronald McDonald House his interaction with the terminally ill children may look the same as ours. But while a person without the burden of Reformed theology would have an unqualified compassion for those children, David’s compassion would have to be provisional pending a further insight (in this life or the next) as to their true identity. For all he knows, that child lying before him stricken with leukemia is a cause for great celebration as God takes down another enemy.