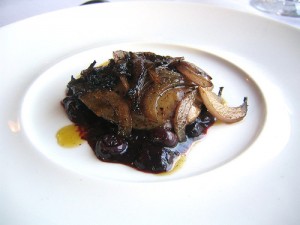 I argued that John Loftus is inconsistent when he dismisses the Christian defense response to the problem of evil and instead demands a good ole’ fashioned theodicy. Robert Gressis, it appears, disagrees with me. At least he says he does: “”I agree with John that defense is too low of a standard….” Initially this was quite a blow. If I may be so bold, I felt like Plato the day Aristotle said “Yo big P, about these independently existing forms…” Et tu, Robert?

But it’s not a complete washout. Robert is apparently in search of the golden mean, for he immediately adds “but I don’t think the Christian needs to provide the for-sure-this-is-right answer either.” Whew. Robert explains further:

A defense is too low a standard because God is omnipotent. Consequently there could be all sorts of defenses like, “there was no animal suffering before human beings came on the scene; every time an animal was about to suffer, God made sure it didn’t feel any pain.” This is possible given God’s omnipotence, but it doesn’t (to me, anyway) seem plausible. Similarly, an evolutionary biologist could say that the chances of proteins emerging randomly is 1/10^500 power, but dagnabit, we just got lucky. That wouldn’t work for me either. The evolutionary biologist has to give some account of conditions that very well could have obtained 1.5 billion years ago that made the emergence of life.

A couple points. First, let’s keep in mind what the point of a defense was and is. For a long time atheists have claimed that there is a logical contradiction between the propositions (1) God is omnipotent, (2) God is perfectly good, and (3) Evil exists. As such, this purportedly shows that it is not possible that (1) and (2) be true in light of the fact that (3) clearly is true. A defense is merely concerned with attacking this argument and showing that it is possible that (1) and (2) both be true along with (3). Yes, this is a low evidential threshold but so what? For John Loftus to complain about defenses is like complaining that a golf cart cannot cruise at highway speed: it wasn’t intended to!

Second point. Note Robert’s phrasing: “is possible given God’s omnipotence, but it doesn’t (to me, anyway) seem plausible.” (emphasis added) Ahh. Interesting. Now I agree with Robert on the specific case. The specific account he outlines doesn’t seem plausible to me either. But we must also concede that there is a lot of blurring between possible and plausible. Some people think fried liver and onions is the cat’s meow. Others think fried liver and onions is somewhere below stale fruitcake in culinary appeal. (I confess I fall into the latter camp. I’d sooner eat fruitcake that predates the recording of U2’s “The Joshua Tree” than be in the same room as liver on a plate.)