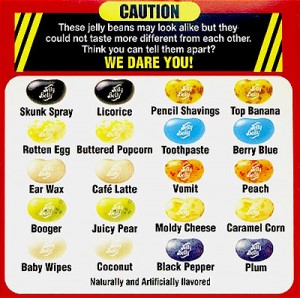 As I noted last time, people disagree radically on their conceptions of what it means to flourish. To some people, flourishing would mean growing old and full of years. But Roger Daltrey (lead singer of The Who) hoped he’d die before he gets old (see the lyrics for “My Generation” for further clarification). And as for Eric Harris of Columbine High, his conception of flourishing was dying violently in a blaze of infamy, and taking as many people with him as possible.

I just ask that people recognize that the choice between Eric Harris and any one of us more “humane” folk is not a matter of arbtirary preference. Rather, there is a profound difference. We are right, objectively speaking, and  Eric Harris was wrong. His conception of flourishing was objectively disordered. In fact it was evil.

But atheism and naturalism offer no objective ground to say that it was evil. The best we can say from that framework is that we disagree strongly with Harris’ actions. Sadly, that’s just not saying enough.

This claim still raises incredulity from some of my readers. I’ve been talking for some time about atheistic views of morality reducing moral judgments to relative matters of taste. Silver Bullet takes up this stream of thought when he asks incredulously:

“Randal, Why do you seem to reject dietary/gustatory truths? Perhaps bacon flavored ice cream really is better than chocolate? Where does it end?”

The form of this argument appears to be a reductio ad absurdum. If we assume that morality is objective and that Harris’ actions were objectively evil and disordered, then we will need to say that matters of taste have a similar objectivity. My response is two-fold.

Taste is (to a degree) relative; morality is not

First, there are obvious differences between claims like the following:

Most people can see a difference between these two statements. Most people do not intuitively believe that taste is a matter of objective right and wrong, but they do believe that actions like sodomizing infants versus nurturing them tenderly are a matter of objectively evil or good actions. Thus, I have to think that when people cannot see a difference between these two claims (i.e. when they think both claims must be relative), they are either not functioning properly or they are denying knowledge they really do have.

The taste of vomit?

But I have a second response as well. While there is a wide variation among tastes that may be  ordered properly, there surely are limits. Certain tastes are such that a person who prefers them is not functioning properly. They are wrong. People ought not like those flavors and there is something disordered about them that makes them prefer those flavors. Yes folks, I really am being serious. I allow great latitude in preferred tastes, but there really are limits.

Here’s a simple example. You like peach flavored Jelly Bellys? Good on you. They’re not among my favorites but they are pretty good. You like licorice? I don’t particularly care for them, but I see where you’re comin’ from. But you like vomit flavored Jelly Bellys? You hunt for them in the bowl of novelty beans and your face screws up in disgust every time an anticipated vomit bean turns out to be peach?

Dude, get away from me. There’s somethin’ wrong with you. Really. There is.