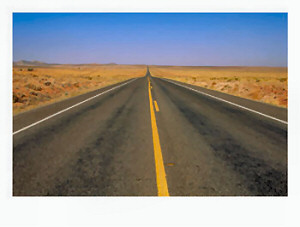 At the already mentioned evening of fun and frolic at SBL in Atlanta, I rediscovered something I already knew: that in the minds of many Christians it is perfectly fine for God to demand his followers sometimes to engage in extremely violent acts in his name, perhaps even killing their healthy children as a devotional act (i.e. an act that is undertaken primarily or solely to demonstrate commitment or fidelity to God). In other words, God could demand that Abraham kill Isaac to demonstrate his faithfulness, and had God not chosen to intervene then killing Isaac would have been the right and good thing to do. As I have said, this seems to me to be outrageous. Moreover, I contend that this moral outrage and incredulity toward such claims is not rooted in some wishy washy post-Enlightenment morality but rather in a grasp of certain moral facts.

Now here’s a snippet of conversation from the last post. Silver Bullet wrote:

“Just because god can compensate a victim after the fact, does not for an instant indicate that the victimization was justified or morally permissible.”

I was sympathetic but this seemed too simplistic and so I countered:

“Never mind God for the moment. Let’s just talk about lowly human beings. Let’s say that Billy needs a blood transfusion and only his twin brother Willy can provide it. So the twins’ parents bring Willy (a drooling three year old) to give blood to save his brother’s life even though poor Willy hates needles and is traumatized by the experience. Then his parents take him to Disneyland as a thank you. I don’t think his parents did anything wrong in that case. Still less if it was God rather than mere human mortals that was acting.”

So could it be that God could command heinous actions because of his ability to compensate the individuals who fall victim to those actions? Ray then replied by suggesting:

“Perhaps harm can be usefully divided up into ‘reparable’ and ‘irreparable’ harms? Willy can regrow new blood, and can have therapy to help recover from the trauma.”

Can God get away with just anything?

I’m not at all satisfied with appeal to reparable vs. irreparable harm. Nor am I satisfied even if you add a concern for greater good coming out of the event. Why not? Because it is disturbingly easy to appeal to God making “compensatory reparations” and appealing to greater goods for just about anything. Willy’s parents are limited by their monetary resources and the limits of medical science and therapy. Thus, there are certain ills to which Willy could be subjected from which he could never recover: being beheaded for instance.

But there is no question that an omnipotent being would not even find the event of being beheaded to present an irreperable harm to poor Willy. God could readily attach the head back on the shoulders and erase any memory from Willy’s mind of the horrendous event. Presumably then, if God can do this, and if our only restriction on what God can do (or command others to do) is what does not constitute irreparable harm (perhaps also with a concern for greater goods thrown in), they God could even command a man to behead his own child since God could, in the future, resurrect the child with head reattached and wipe the memory of the entire event from father and son as if it had never happened.

This isn’t just macabre talk. These things do happen, even if they are mercifully extremely rare events. Here’s an example [note: the names and place have been changed]:

On July 23, 1995, Dave Jones beheaded his fourteen year old son Dave Jr. on the side of the interstate in Arizona because, so he later reported, God told him to. As Jones grabbed his son the boy screamed at his thirteen year old brother to run for safety. Mike ran a safe distance away and watched his father decapitate his brother. Jones then sped away from the scene in his car and tossed the head out the window several miles down the road.

For mere human beings the harms of this action are irreparable, but not for God. So does that mean that God could possibly have some greater good that he could achieve by commanding the decapitation of Dave Jr? That is, is it possible that God did command the father to decapitate the son so as to achieve those goods while ensuring that the father and his two sons receive adequate compensating goods (including, perhaps minds wiped clean of any memory of the event) in eternity?

That seems to me certainly a logical possibility (i.e. there is no overt contradiction in the prospect) but it also seems to me a moral impossiblity. That is, I believe there is no feasible world (i.e. one which God could in fact actualize) in which God commands such heinous acts to achieve some greater good. And I believe a father hewing off the head of his son is a benchmark for heinous acts.