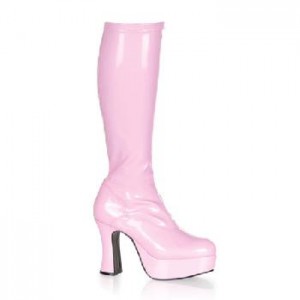 Nancy Sinatra topped the charts in 1966 by singing about the teleology of her go go boots. In short, they were made for walkin’. (And pretty soon they’re gonna walk all over you.) In terms of anthems for women’s liberation this figures in somewhere below Helen Reddy’s “I am Woman” but perhaps a notch above the best offerings of the Spice Girls.

Regardless of Sinatra’s doubtful credentials as a champion for women’s liberation she at least knew that her boots were indeed made for walkin’, and that much at least counts in her favor.

The good news is that there is nothing terribly sophisticated about this idea. No hard conceptual work is required to explain and defend the notion of teleology or purpose or design. When somebody designs an item that item has the objective purpose for which it was created by the designer. And a deviation from that purpose is a misuse of the entity.

So we know what Nancy’s boots are for. But what is Nancy for? More to the point: does the question have any sense? And if not, what are the results of denying it?  Do human beings have purposes in the way that go go boots and watches and cars do? If they do then human beings can fail to achieve the purposes for which they were created in much the same way that a go go boot can fail to achieve the purpose for which it was created.

What are the implications of denying that human beings were created for any purpose or end? Let’s think about go go boots again. A  good end for a go go boot is to be worn on the foot of a go go dancer, presumably on “Midnight Special” or “American Bandstand.” Thus, a go go boot which lies unused, forgotten and molding in a dingy basement is not a go go boot that has fulfilled the ends for which it was created.

Now consider a rock. This rock, unlike the go go boots, was not created for anything at all. Thus whether it sits forever slowly eroding in the wind and rain, whether it gets urinated on by a moose, whether it eventually tumbles down the hill or is used to bash in the head of a camper by his sociopathic companion, all these are matters of indifference relative to the stated end for which a rock is created because there is no end for which the rock was created.

So if human beings were not created for anything then asking in what a human life well lived is not a question which has an answer. Or at least it has not an answer above and beyond whatever a particular human being decides their end will be.  And that means a life well lived is simply whatever a particular individual happens to say it is. If Mother Teresa wants to comfort people and Nancy Sinatra wants to walk all over them, well that’s just the way it is. Each is fulfilling their own chosen ends, and we fulfill ours, and we just better try to make sure we’re doing the walkin’ rather than the being walked on, unless that happens to be what we’re in to.