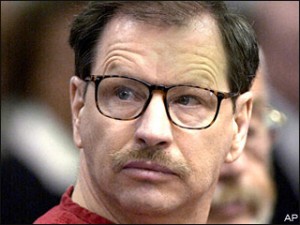 Now things are spinning out of control. James retorts:

“You have ‘argued’ that certain moral facts are objectively true because you happen to see them, or intuit them, or sense them, to be true. Some argument! Well, Gary the corpse raper happens to see quite clearly that rape is good. How are you going to convince him otherwise? By showing him your Ph.D.?”

Some argument indeed. At first I attempted to convince myself that James was speaking like a fifteen year old boy looking at a 1963 Corvette Stingray and saying with a low whistle: “Some car!” But alas, I couldn’t shake the nagging suspicion that he was actually  looking at my argument like a 1984 rusted Plymouth Reliant and sarcastically saying “Some car!”.

However, in my favor it must be said that I wasn’t just appealing to sense or intuition directly. Rather, I was reasoning like this:

(1) If there are no objective moral facts then sodomizing infants is not necessarily wrong.

(2) But sodomizing infants is necessarily wrong.

(3) Therefore, there are objective moral facts.

There are a couple ways one might reject this argument. First, one might deny the underlying logical structure of the argument: modus tollens. For instance, you might say that logic is itself a construction of human minds. But if you do that, you’re bound to lose your thinking audience faster than Joaquin Phoenix taking up a microphone at a hip hop competition.

The only real question in this argument, the only potential “Achilles heel,” concerns (2). How does one show that sodomizing infants is necessarily wrong? One could do so in a utilitarian way, arguing that when you sodomize an infant the social consequences for the greatest number of people always leads to a total decrease in hedons (units of pleasure) and increase in dolors (units of displeasure).

Yeah, you could argue that way if you wanted to. But the problem is that such an argument is, to my mind, going to lack the conviction of the fact that we already know it is always and necessarily wrong to sodomize infants. You can also try to construct arguments against idealism or solipsism or eliminativist accounts of consciousness, but whatever the value of those arguments, the strongest rebuttal in my view is found simply in asking people to return to their basic knowledge and reflect carefully. If they agree that idealism, solipsism or eliminativist views of consciousness do not seem especially plausible then your work is done: no further argument required.

So I propose that the best way to argue against moral relativists and skeptics is by asking us to return to our fundamental moral intuitions because they will be of greater strength than any second order argument, utilitarian or otherwise. And once you see the truth of (2), the rest of the argument goes through.

This is where we come to a standoff. Incredibly James now appears to be siding with Gary Ridgeway the corpse raping serial killer. How am I going to convince Gary of the evil of corpse raping? James asks. Show him my PhD? The comment is sodden with sarcasm. And that’s not a good thing. You want sarcasm to make the statement pleasantly moist, not to soak it through into a sodden lump.

So here’s where we are left. On the one side I am pleading with James and Gary Ridgeway to reflect on their own moral intuitions so that they can admit that (2) is correct and the argument goes through. On the other side James and Gary are shaking their heads, saying that is no argument at all because they don’t “sense” the truth of (2).

Yes this is a standoff. And I don’t have any final way to force James to accept my argument, except by offering another argument:

(1) In any case of moral disagreement between an average citizen (with or without a PhD) who has not committed any capital offenses (or even misdeamenors) and a sociopathic serial killer, the better part of wisdom is to agree with the average citizen.

(2) There is a case of moral disagreement between Randal, an average citizen who has not committed any capital offenses (or even misdeamenors) and Gary Ridgeway, a sociopathic serial killer.

(3) Therefore, the better part of wisdom is to agree with Randal rather than Gary Ridgeway.

Come on James. Come over to the winning side.