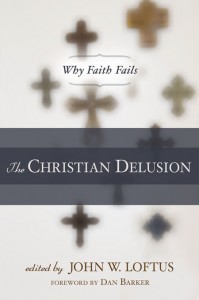 At long last we continue our ongoing, meandering, waxing and wandering review of The Christian Delusion with a quick review of Hector Avalos’ essay “Yahweh is a Moral Monster.” I don’t have too much to say about the bulk of the essay which is a critique of evangelical Paul Copan’s defense of the morally problematic passages of the Old Testament. The reason I don’t have much to say is because I too am critical of Copan’s defenses. That is, I don’t think that God would command or commend actions like genocide. While I could quibble with this or that point that Avalos makes, it seems to me that there are bigger fish to fry. And this review is concerned with one of those fish which I will do my best to club and fillet before battering it up and dropping it in the crackling skillet.

The fish in question is found in the final section of Avalos’ essay which is titled “Atheism’s Morality.”

Avalos admits in this section that he is a moral relativist. This, one would think, is a problem. After all, the engine of Avalos’ essay is a rip-roaring moral indignation against the atrocities attributed to a deity and justified by his minions. But if morality really is relative then isn’t Avalos’ quibble tantamount to writing a protest to the Brits for driving on the wrong side of the road?

Apparently not. Avalos’ response to the dilemma of being a moral relativist (his defense, as it were) is to claim that “Christians are also moral relativists.” (232) Even if this were true however, it would hardly deal with the objection for Avalos’ essay would still be tantamount to a screed written against the poor Brits for driving their wheezing Minis and MGs on the wrong side of the asphalt.

But let’s set that point aside and examine this charge more closely. Christians are moral relativists? On the face of it that is about as plausible as saying that pornographers are feminists. So what argument does Avalos provide to persuade us of this striking claim?

So far as I can see, here it is. Avalos states that

There are three problems with this passage. First, it doesn’t show that Christians are moral relativists. At best all it would show is that appealing to the divine will does not illumine the origin of objective morality. Second, the passage assumes that all Christians hold to a divine command theory of metaethics. They don’t. (I don’t.) Third, the passage even flubs divine command theory. Divine command theory doesn’t say “‘Whatever God says is good because whatever God says is good.'” Rather, it says “Moral values and obligations are constituted by the divine will.” It’s not the same thing.

Oh, Avalos says something else as well:

“As Kai Nielsen deftly argues, human beings are always the ultimate judges of morality even if we believe in God. After all, the very judgment that God is good is a human judgment.” (233)

I think there is a typo in the first sentence. By my reading it should actually say “As Kai Nielsen daftly argues….” Lest you think I’m being too curmudgeonly with that comment, consider just how absurd this principle would be if it were applied consistently. After all, every claim a human being makes is, trivially, a human claim (i.e. a claim made by a human being). So if moral claims are for this reason hopelessly marginalized and relativized then all claims are hopelessly marginalized and relativized, including all claims of science, philosophy and biblical studies. But surely there is no reason to accept such a sweeping skepticism. So there is no reason to accept it here.

Now if you’ll excuse me, I think the fish is about done.