James (of http://www.atheistspot.com/) has presented a secular morality which seems to look like this:

I think this is just another form of utlitarianism where we seek to maximize pleasure or happiness and minimize displeasure or unhappiness. We could thus walk down the path of exploring all the problems with utilitarianism as a fundamental moral axiom. But why don’t we instead ask two questions: why accept this criterion and what does it even mean?

Why accept the maximization of flourishing?

There are other contenders out there for fundamental moral axiom. Here is one:

Here is another form of this maxim, in classic King James English:

Thou dost only go around once so grab all thou can. Although maketh sure thou friends dost think thou really careth about the maximization of human flourishing so thou mighteth more effectively taketh advantage of thy friends.

What reason have we to accept the utilitarian criterion over the second (in either form)? All I see James doing is pointing repeatedly to the concept of human flourishing and the claim that the maximization of flourishing for more humans is better than the maximization of my flourishing or yours. But many people do not accept this at all. Just look at the Wall Street debacle. People routinely flout James’ principle. So how is he going to convince them that they ought to follow it? Maybe he should buy a big tent and cheap suit and go on the ole’ sawdust trail, following the path of Billy Sunday across the midwest and preachin’ the Gospel of James.

What is human flourishing? 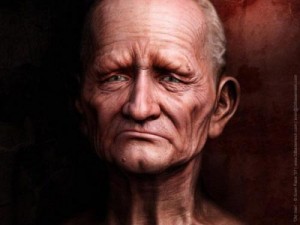 Since human flourishing is James’ central moral criterion I find myself worried that he is so vague when it comes to defining what it actually is. He notes a parallel between human flourishing and health. The concept of health is always being defined more fully based on scientific investigation:

“The same might be said of human flourishing. One cannot simply state, without evidence, that multiplying our numbers indefinitely or living to a certain age must necessarily be good. But this is a question that science can investigate.”

“I am not merely offering a reductive biological concept. One must also take into consideration, in addition to biology, sociology, psychology, economics, and all of the other areas domains that have direct and measurable effects on our day to day experiences.”

This is pretty wooly, particularly if this is supposed to guide us in all our moral reasoning as the goal of moral action.

Wait a minute. Is that Grandpa calling for help?

I hurry to the bathroom. Lo! The rich old curmudgeon must have slipped in the bath. I can hear him gurgling sickly as his head slowly sinks into the water. He’s got a sizeable bank account you know. And he’s such a miserable old coot. What should I do? Let’s see, there’s biological flourishing. As he turns blue it seems that he is not flourishing biologically. But his bank account is fine, so he is still flourishing economically. And anyway, I really need to consider not this old fart but human flourishing on the whole. Whatever that is, I bet this money could be redistributed to spur on a lot of biological, psychological, sociological and economic well being for a whole lot of people.

Well there you go, it looks like I did critique utilitarianism after all. Along with James’ ill-defined concept of human flourishing. Along with his utter incapacity to argue for his utilitarian criterion apart from a quasi-religious conversion to it.