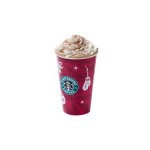 You might call it a case of double dipping. I decided to put a response to James in a post. But since it was buried in a few threads back and the issue is so important (and since I’m in a crunch period this week) I felt thrice justified in doing so.

James is concerned with defending Sam Harris and his loose-goosey, namby-pamby, bottom-up, subjectivist, constructivist, relativist view of morality. More power to him, I say. But you shouldn’t defend your position by caricaturing those of others. And yet, alas, that is what I seem James doing (unintentional I’m sure).

While I have been concerned to point out that Harris’ atheistic view of morality has all the stability of lime-flavored Jello, James has sought to argue that I am being unreasonable,and so he summarizes my argument like this: ‘Absolute misery is not preferable to us any more than absolute happiness is for us. We prefer happiness. Others prefer misery.’

By summarizing my point like this he wants to illustrate that I am simply being unreasonable in my position because I am pointing out only that some people prefer misery to happiness. But surely that is of no concern to a naturalistic view of morality which is based on the objective pursuit of happiness. According to James then, we know enough to prefer happiness, and that’s all we need for morality, the fact that we (whoever the we happens to be) prefer happiness. And if we shoudl say more about this happiness, well I guess it means seeking the flourishing of the maximum number of human organisms, physically, mentally and emotionally (but not, of course, spiritually).

(Will underlining, boldfacing and italicizing allow the point at last to sink in? I doubt it, but hey it was worth a try.)

This brings me to the upteenth illustration for the same basic point (and this is where the double dipping begins in earnest). On the one hand you have Larry. He finds happiness sipping a gingerbread latte with his girlfriend at Starbucks and talking about how they can join Doctors without Borders once they finish medical school.

Does Gary care about ethics at all, or does he have a different ethic than Larry? We can debate that finer point. But James’ problem is that he and Sam Harris have no objective basis to judge Larry’s journey toward self-actualization as being objectively better than Gary’s. And insipid appeals to science are just a way of masking the fact. Saying “Ridgeway didn’t really prefer happiness. He preferred misery” is just a refusal to engage the facts. Ridgeway derived great pleasure and happiness from his actions. That’s why he did them! He didn’t give a fig about James and Harris’ pleas concerning what he should prefer.

How to make me a happy camper

Okay, now this is what would make me happy. I’d like James (and Silver Bullet, and Sam Harris in a perfect world) to come on out and admit that while more North Americans happen to prefer Larry’s way of spending an evening to Gary’s, that in itself is just a descriptive fact like “More people prefer vanilla ice cream to bacon flavored”. On their worldview, there is nothing normative about it. And thus there is no objective fact about whether Larry’s moral criteria are preferable to Gary’s.

When James is able to show why it is more “reasonable” to prefer vanilla to bacon-flavored ice cream, he might have a way to show how, on his assumptions, it is more reasonable to prefer Larry’s pursuit of happiness to Gary’s. Until that happens, he has moved morality from the objective sphere of facts to the subjective sphere of subjective individiual and corporate preference.

How this counts against atheism and naturalism

The fact that my taste of peppermint appears to be a fundamentally different kind of thing than my brain states counts against an identity-token theory of consciousness. So in the same way our apprehension of moral facts like the fact that Larry’s pursuit of flourishing is objectively preferable to Gary’s counts against an atheistic Jello view of morality.

When James is alone and left to reflect on all these matters I would say, set aside questions of elaborate divine revelations, weeping virgin statues, colorful religious pagentry, crooked televangelists and all the rest and just focus on this question: is the choice between Larry and Gary really a choice of mere subjective preference or taste? If it isn’t, and it surely isn’t, then you need to recognize that your worldview is too thin to accommodate all the objective facts that exist.

That doesn’t mean you need to become a Baptist tomorrow (though you could do worse). But it does mean that you should seek a worldview that can accommodate the objective status of fundamental moral facts, whatever that might look like.