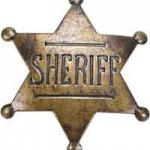 Randal (from an earlier post): “So what is naturalism? Is it a claim that only a particular kind of knowledge can be had (i.e. scientific)?”

Brenda: “Yes. If you have another method besides the scientific method for determining objective facts about the world we’d love to heard about it.”

Whoa! Now this is an interesting claim. I admire Brenda for making a bold assertion. So apparently her claim is that the only way to “determine objective facts” (I take that to mean “know objective facts” and also “justifiably believe certain truth claims to be objective facts”) is via the scientific method.

If that is true then we certainly better have a clear and unambiguous definition of the scientific method, hadn’t we? I’ll sit back and wait for that. Or more correctly, I’ll join the legion of philosophers of science who are already waiting.

Think about our sorry state. For centuries people believed all sorts of non-objective non-factual claims like

(3) If somebody falls off a high cliff onto jagged rocks they usually die.

(6) Women can get pregnant due to sexual intercourse.

And though people thought these were objective facts, I guess they really weren’t. Or at least they weren’t until the scientific method (whatever that is) came along to establish their factuality and knowability by undertaking a series of double blind studies which were later published in Nature.

But what I really want to see is how the scientific method scientifically establishes as an objective fact the claim of naturalism (as defined above). Now that’ll be really cool.

This scientific method must really be somethin’. It’s almost like the scientific method is the ultimate gun-slinging sheriff. Dodge City has been torn apart by subjective hoodlums spouting off their irrational subjectivities concerning various things ranging from ethics to religion to history to mere naive realism. But you just wait. The scientific method is coming to town to lay down the law and place an objective fact on every corner of the boardwalk and outside of every saloon.

Now I really can’t wait to meet this scientific method.