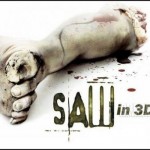 Everybody’s favourite film critic, Roger Ebert, has long maintained a place for incisive moral judgment in his film reviews. As a result, Ebert has noted in the past that films which he finds to be truly evil, no matter how technically proficient, receive no stars on his four star rating system.

In the past Ebert has drawn attention to the disconcerting fact that “no star films” get made because there is an audience for them. Consider his review of the 1980 exploitation revenge film “I spit on your grave”. This film tells the “story” of a young woman who is repeatedly raped by a group of men and then exacts a revenge on each of her attackers. Interestingly, Ebert’s review focuses more on the reaction of the audience to the film than to the film itself:

“How did the audience react to all of this? Those who were vocal seemed to be eating it up. The middle-aged, white-haired man two seats down from me, for example, talked aloud, After the first rape: “That was a good one!” After the second: “That’ll show her!” After the third: “I’ve seen some good ones, but this is the best.” When the tables turned and the woman started her killing spree, a woman in the back row shouted: “Cut him up, sister!” In several scenes, the other three men tried to force the retarded man to attack the girl. This inspired a lot of laughter and encouragement from the audience.”

As disturbing as I find such reactions to be, I think we’ve all encountered them (and, at times, expressed them). I remember those innocent years of elementary school where good suburban kids suddenly turn into depraved animals as they cheer on a fight to the death by the bike racks.

“I wanted to turn to the man next to me and tell him his remarks were disgusting, but I did not. To hold his opinions at his age, he must already have suffered a fundamental loss of decent human feelings. I would have liked to talk with the woman in the back row, the one with the feminist solidarity for the movie’s heroine. I wanted to ask If she’d been appalled by the movie’s hour of rape scenes. As it was, at the film’s end I walked out of the theater quickly, feeling unclean, ashamed and depressed.” 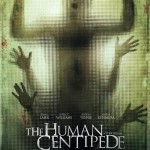 An infamous European example of torture porn was released earlier this year. “The Human Centipede” tells the “story” of Dr. Heiter, a mad scientist who captures three people and turns them into one long, er, human centipede, by connecting mouth to anus in a wickedly depraved operation. The miserable creature that results thus eats in one end, poops in the other, and exists simply to titillate Dr. Heiter and the people who would go see such a movie. Ebert recognizes that “The Human Centipede” is effectively made. But he appeals to his moralizing trump card when it finally comes to rendering a grade:

“I am required to award stars to movies I review. This time, I refuse to do it. The star rating system is unsuited to this film. Is the movie good? Is it bad? Does it matter? It is what it is and occupies a world where the stars don’t shine.”

“The Human Centipede” may occupy a world where the stars don’t shine. But the existence and popularity of such films forces us to ask whether we do as well.