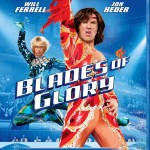 Jerry Rivard writes in the blog to offer a reprimand:

“Much has been said on this blog and at CP about naturalism being the inevitable conclusion that follows atheism. Nonsense! A person can certainly believe that there are no gods, but that there are ghosts, for example. They may have an inconsistent world view as a result, but who doesn’t to some extent? And their world view may be more consistent than it seems to one who does not hold it, given that it’s made up of more thoughts and experiences than an outsider can realistically evaluate. It is quite arrogant to assume that you can think through someone else’s core beliefs to arrive at ‘inevitable’ conclusions they themselves have not arrived at. One might even call it hubris.”

I agree (except about the hubris quip, especially if it was subtly directed at me, because I’s one humble bloke).

To get the point take paired figure skating for example. The mere fact that two people are paired figure skaters doesn’t mean we can automatically conclude that one is male and the other is female. Surely the critically acclaimed Blades of Glory taught us that much. By the same token, we can’t assume that an atheist is automatically a naturalist (whatever that is). Atheists are free to believe in ghosts, angels, and other sub-divine deities flittering about the universe.

But if they’re free to do so then why don’t they? Why are angel-friendly atheists as rare as male pair figure skaters? Is it all because of Ockham’s razor? Well that might be part of it. But there is another related issue: admitting spirit beings greatly weakens the atheist’s resolve. After all, if you believe in spirit beings of great power, I’d want to know how you know one of them might not be much more powerful than the rest and in fact the source of everything else.

To put it bluntly, it seems to me many atheists are wary, and rightly so, of a slippery metaphysical slope that would lead them from admitting angels to admitting gods to praying the Four Spiritual Laws.